Posted on Thursday 13 September 2018 by Gareth Prior

One of the shortest adverts yet to be seen on Edinburgh Trams has come to an end with 271 losing its ad for Tiso. But the tram hasn’t had to wait for long in standard fleet livery as it has become the fourth tram to be advertise the Parabola development at Edinburgh Park and Edinburgh City Vision 2050 – complete with website details of the campaign asking locals what they want to see in Edinburgh in the year 2050. The tram’s new look was first seen on 10th September 2018. 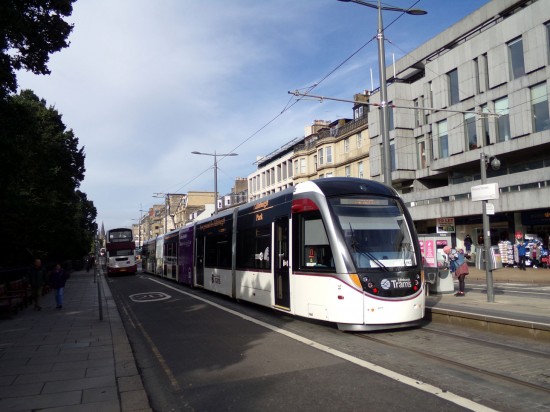 271 is caught at Princes Street stop on 11th September 2018 in its new advert. (Photograph by Alasdair McFarlane)