In Pictures: Tramtastic Day Out at Heaton Park

Last week we brought you news of the highlights of the Tramtastic Day Out at the Heaton Park Tramway where Stockport 5 burst back into life to lead a parade of trams. Although 5 isn’t ready for a return to service just yet the day did see Blackpool Brush 623 return to service after its year long loan in Blackpool and this was used as part of a three tram service along with Hull 96 and Manchester 765 – this was the first time in 2018 that three trams were used in service at the same time. To complete our coverage of the event we have some images of the day from Martin Bryan. 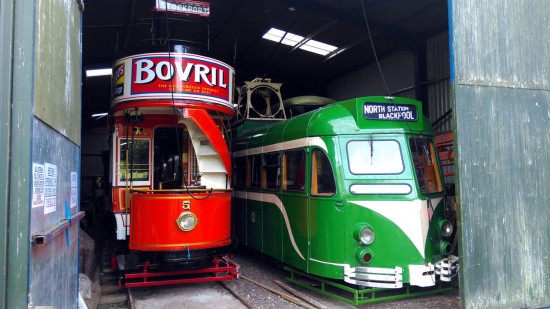 Inside Lakeside Depot and Blackpool Brush 623 and Stockport 5 are spied, together again after the return of the single decker from a year’s break back home. The more eagle eyed will also be able to see the roof of Blackpool Balloon 702 beyond 623. 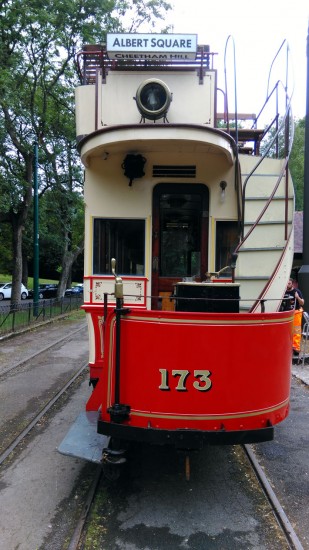 As it so often is at special events Manchester 173 was positioned on the head shunt outside Middleton Road Depot.

The four tram parade is caught here at Middleton Road Depot with Stockport 5 leading the way and then followed by Hull 96, Manchester 765 and Blackpool 623. Manchester 173 is also seen alongside. Also of note is that 623 is once again running with its cut down trolley tower. 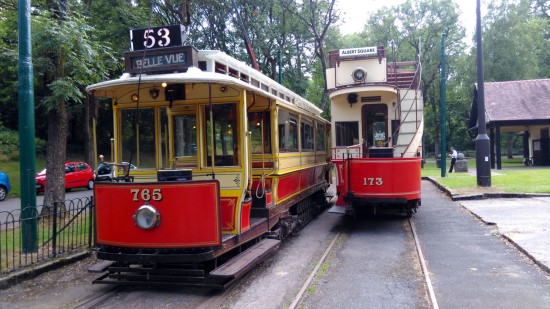 Two Manchester trams alongside each other as 765 passes 173. With 173 due to enter the workshops once time permits at some time in the future this should be a regular sight – and what a sight it will be! (All Photographs by Martin Bryan)