Posted on Saturday 21 July 2018 by Gareth Prior

2018 marks the 30th anniversary of Scotland’s first – and still only – heritage tramway at Summerlee and in this instalment of Picture in Time we go back to beginning to see what the operation was like in those early days.

The museum first opened to the public on 23rd March 1988 and unlike today there was an admission price – 75p for adults, 25p for children and concessions. First publicity – as reproduced below – said that it was great family outing with attractions including working machinery, electric tram, social history displays, tearoom, disabled access, free car park and picnic area.

It had originally been considered that transport around the site should be provided by either road train or bus but fortunately for us after discussions it was decided to go-ahead with a tramway. The original tram route only ran between the entrance and the wood shed, a short run maybe but trams were back in Scotland (the Glasgow Garden Festival would soon follow but that was only a short-term tramway with the next operational tramway in Scotland not coming until Edinburgh Trams in May 2014!)

At the start it wasn’t possible for there to be local trams in service as there were no suitable vehicles available so attention turned to continental Europe to start with. The first tram was Brussels 9062 and it is that tram which features below in an early aerial view showing the tram at the end of the line with various railway rolling stock for company the other side of the fence. Beyond the tracks can be seen the first buildings on the former Summerlee Iron Works site.

Throughout its time in Scotland 9062 was a reliable member of the operational fleet at Summerlee although as time progressed its use was less and less and then in 2004 a severe vandalism attack saw the tram damaged beyond economical repair and it was scrapped. 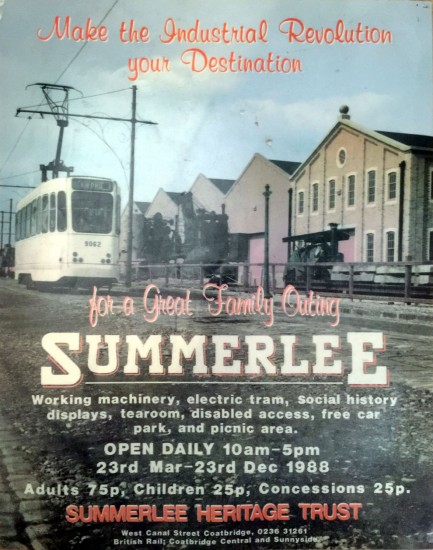 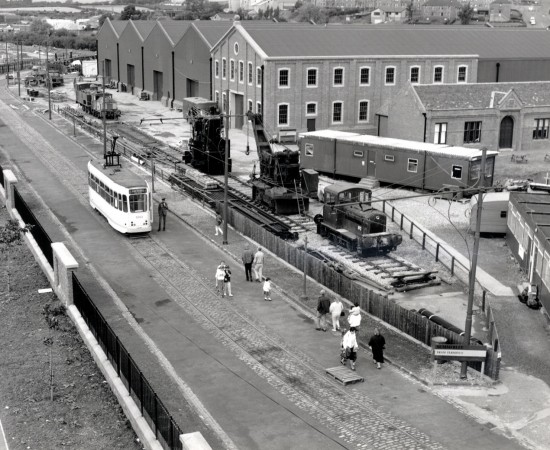 * We will have more early photos from Summerlee later on this year in Picture in Time.