In Pictures: Brush 630 returns to service at Crich

Posted on Wednesday 30 May 2018 by Gareth Prior

Blackpool Brush Railcoach 630 has returned to service at Crich – just a few days after it had returned from its winter break in Blackpool. 630 was rostered for service on Sunday 27th May during the Beside the Seaside event, its first use at Crich since Tram Day on 16th September 2017.

Its return to service came just eight days after it had last run in Blackpool with it being used alongside Box 40 on a farewell tour with it then being transported back to Crich arriving on Wednesday 23rd May. It may seem like a quick return to service but that was nothing compared to when it went to Blackpool in September – it ran at Crich on Saturday 16th September and ran a mere six days later on Brush Car Friday in Blackpool!

After visiting the Workshop at Crich, 630 underwent a test run on Saturday 26th May and was then one of six trams allocated to service on a mostly warm and sunny Sunday 27th May – the second day of the nine day Beside the Seaside event. Performing faultlessly 630 then had a couple of days off before again being used on Wednesday 30th May.

On Sunday 27th May the other trams in service were London County Council 106, Blackpool 167, Blackpool 236, Metropolitan Electric Tramways 331 and (eventually) Leeds 399. The day was due to have seen Glasgow 22 instead of 399 but this dewired on leaving the depot with the trolley then having to be released from the overhead with Blackpool 40 being used for this task.

* Full photographic coverage of the second day of Beside the Seaside will follow on British Trams Online in the next few weeks. 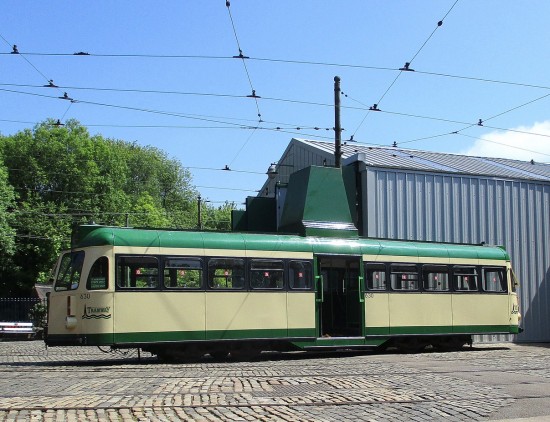 Shortly after unloading on 23rd May, 630 is seen in the depot yard. 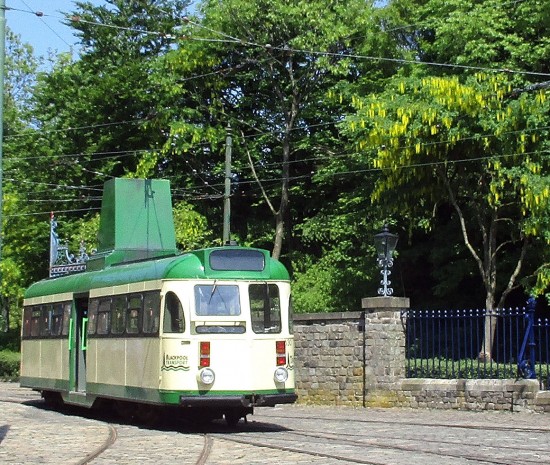 Another view of 630 in the depot yard. 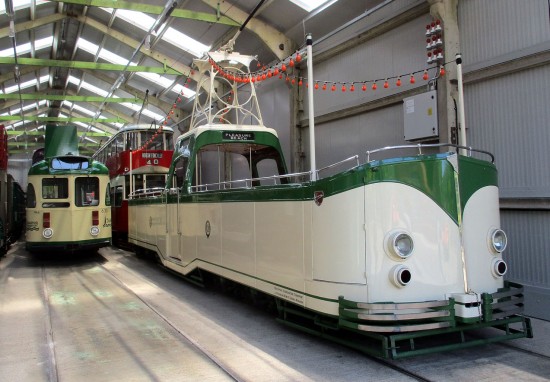 Back in the depot and 630 meets up with friends again, including Boat 236. (Photographs x3 by Hazel Quarmby) 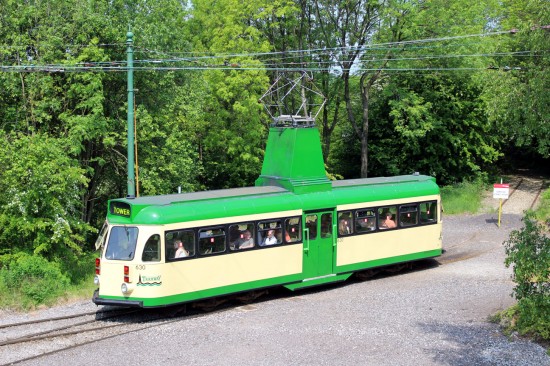 On 27th May and we see 630 in service again. This view was taken at Glory Mine. 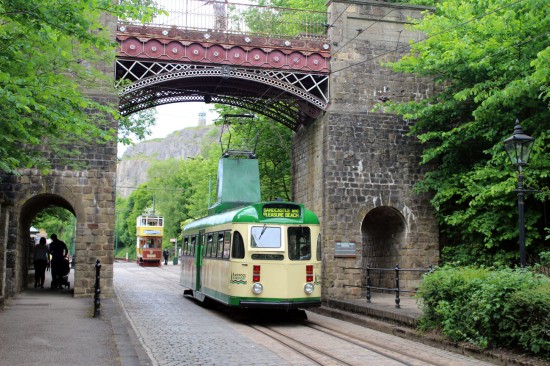 630 heads through Bowes Lyon Bridge. Leeds 399 is seen in the background. (Photographs x2 by Gareth Prior)