Posted on Wednesday 23 May 2018 by Andrew Waddington

On Tuesday 22nd May, Halle 902 made the journey by road from Crich Tramway Village to Blackpool. As reported previously, the tram is to be stored at the Rigby Road depot as part of an arrangement with its owners, who require some additional depot space at Crich which has been freed up by the departure of 902.

After being shunted the previous weekend, 902 left the museum on Tuesday 22nd May on board a low loader from Scott’s Heavy Haulage. It arrived at Blackpool and was unloaded onto Blundell Street in the early evening, with Brush Railcoach 630 then being placed on the same lorry for its return journey to Crich, bringing its loan period to an end. This tram was spotted passing through Warrington at around midnight. Hopefully we’ll be covering the move of 630 more at a later time.

The move of Halle 902 has attracted considerable interest and discussion – but once again it must be stressed that it is merely a storage arrangement, with no plans for the car to operate in Blackpool. This is simply a case of one tramway organisation helping another to solve a problem, and probably shouldn’t be viewed as anything more significant than that. 902 will, however, be available to view on certain occasions – firstly at the Totally Models event at Rigby Road depot on 23rd & 24th June, when people who pay to tour the workshops will be able to see it in its new surroundings. 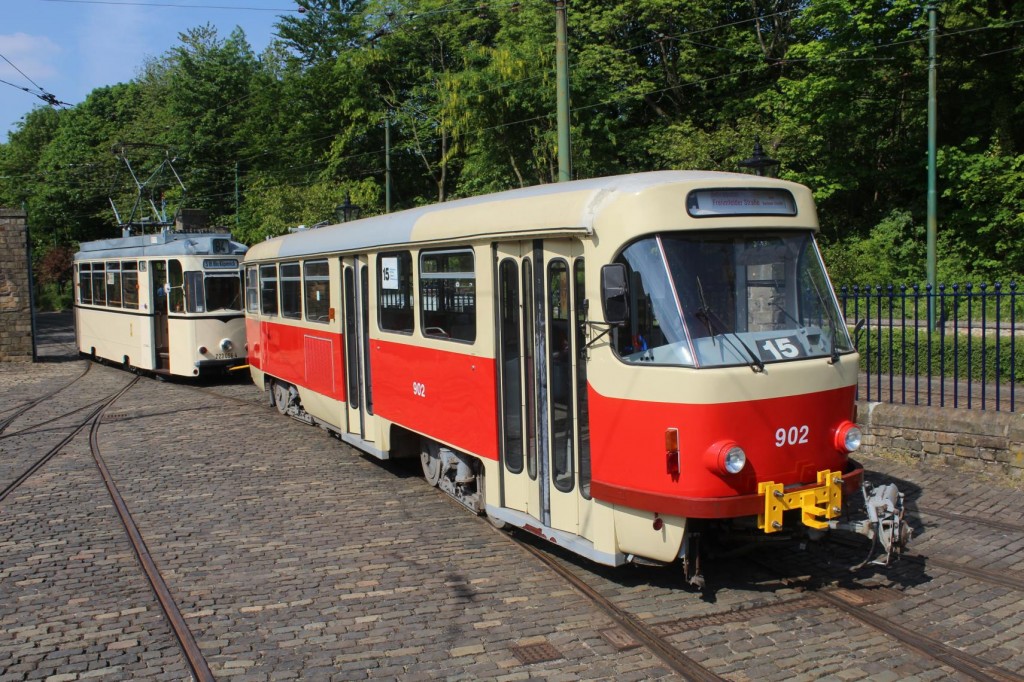 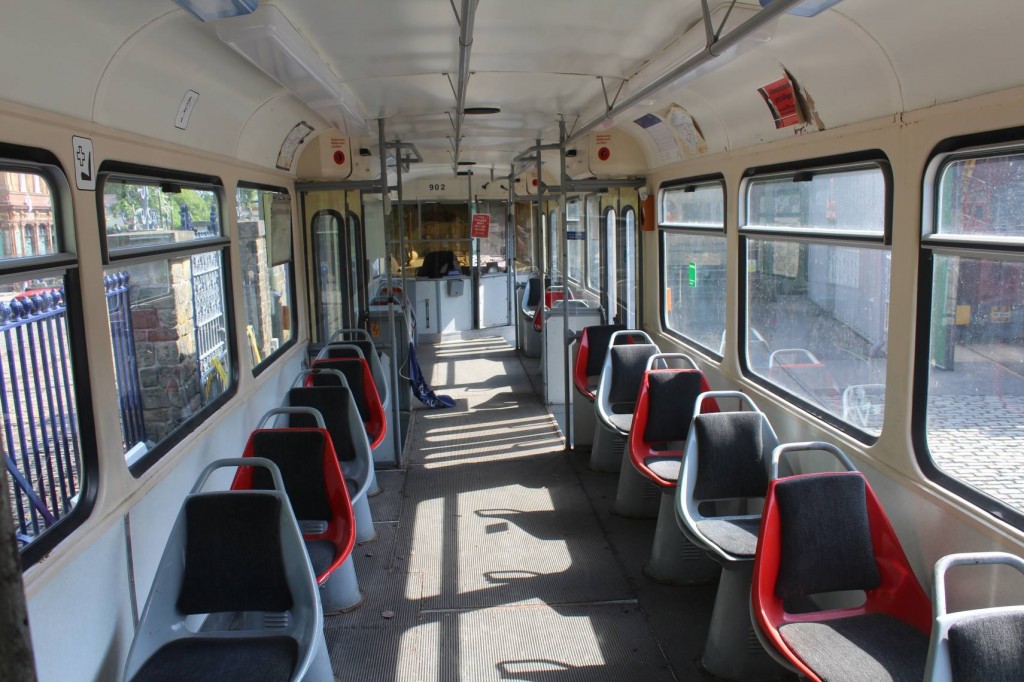 A look at the rather basic interior of the Halle car. (Photos x2 by Peter Whiteley)

A first look at 902 in the heritage depot at Blackpool, surrounded by its new friends! (Photo courtesy of Blackpool Heritage Tram Tours)