The major changes made to the Blackpool tramway, have meant that many things we once took for granted have now been consigned to the past. One such pleasure was the experience of riding on a Brush Railcoach in darkness. The only such tram retained in Blackpool, 631, is not thought to have ventured out after dark this year – however, two museums revived this once common sight over the course of one weekend.

The annual Starlight Halloween event at Crich Tramway Village, held on Saturday 27th October, provided a perfect opportunity for Blackpool Brush car 630 to operate in darkness, as the tram service lasted until 9:00pm. The smartly painted tram in 1990s green and cream livery looked fantastic in the spooky setting, and the extra warmth provided by its saloon heaters would have doubtless been appreciated by its crew and passengers. 630 was joined in service for the evening by two other Blackpool trams which were more surprising choices on such a bitterly cold night – Toastrack 166 and Boat 236! Also in operation were Chesterfield 7, Glasgow 22 and Leeds 180, all of which carried good loads of people at this extremely popular event.

Sunday 28th October saw the Heaton Park Tramway stage its very own Halloween event, providing the chance to experience a second Brush car in darkness. This time it was 623 in the spotlight, although the star attractions were a specially decorated Stockport 5 – posing as the ‘Tram of Terror’ – and Manchester 765, making its final appearance in service ahead of a planned overhaul. Sadly, torrential rain throughout the day put off many potential visitors meaning that the three trams were running largely empty for many of their journeys, but it was nonetheless pleasing to see this tramway attempting a new event like this. Hopefully better weather and word of mouth will make a repeat performance much more succesful, although those involved in its organisation certainly seemed to enjoy themselves!

So, even though a late night Brush car ride in Blackpool may have been nothing but a memory in 2012, two of Britain’s premiere museum tramways have kept a sense of the past alive, rounding off what has really been the year of the Brush car! 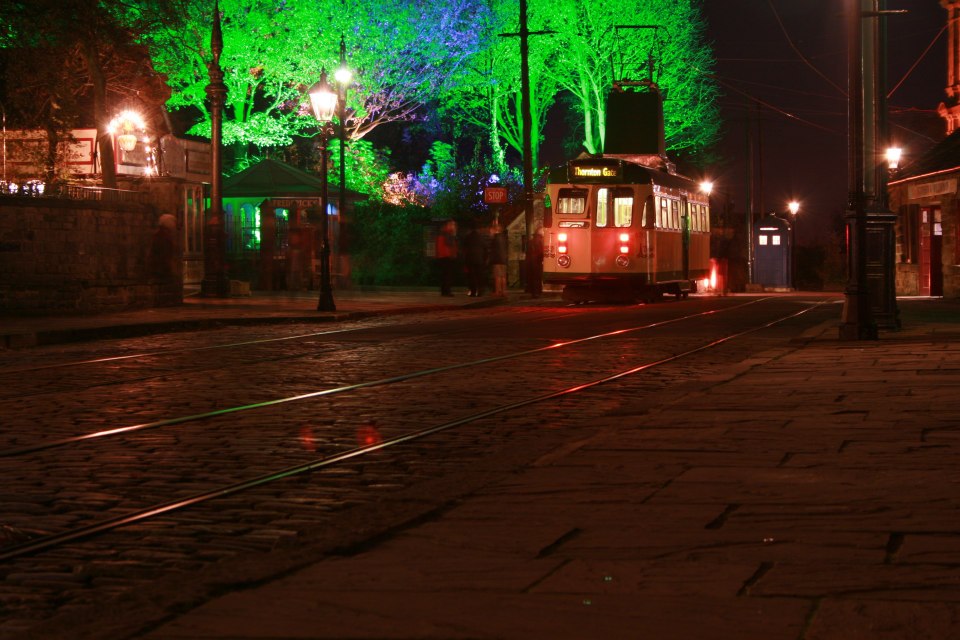 Where have the illuminations gone!? A fine sight with Blackpool 630 in the street at Crich, with the stunning lighting effects used for the Halloween event creating an amazing scene. (Photo by Andy Bailey)