The repaint of long-term Beamish Museum resident Gateshead 10 into its later identity as Grimsby & Immingham 26 has recently been further enhanced, by the fitting of replica lamps at each end above the driver’s windscreen. These high-level lights were a distinctive feature of all the Grimsby & Immingham fleet, and this feature adds even more authenticity to this superb repaint.

Not only has the fitting of the new lamps made 26 look even better, but it has allowed the saloon lights to be restored after being temporarily disconnected recently – which will no doubt be welcomed now that darkness falls earlier each evening. The job has been carried out ahead of a planned photography event next weekend which will feature 26 as well as Blackpool Coronation 304. The car is expected to operate in green for the rest of the year before receiving a second repaint, this time in its more familiar Gateshead maroon and cream, ahead of the tramway’s 40th anniversary celebrations in April 2013. 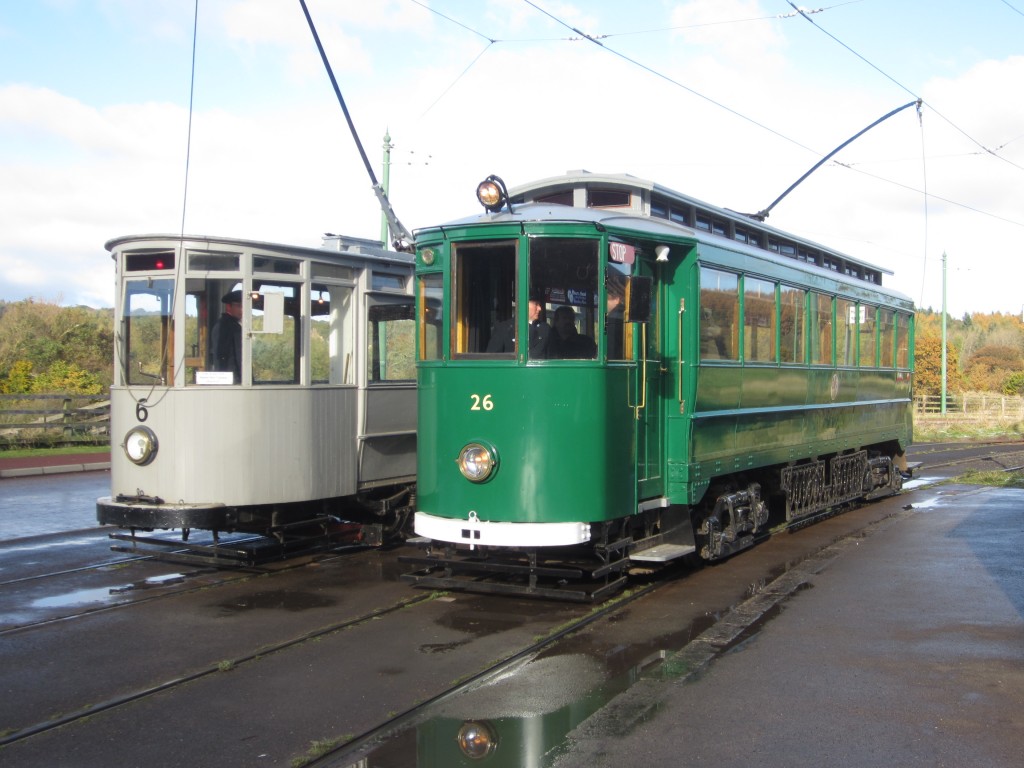 One of Grimsby & Immingham 26's new lamps is seen clearly in this view of the tram at Pockerley on 27th October, where it is passing Leeds 6, which remains on loan from the Heaton Park Tramway. (Photo courtesey of the Beamish Transport & Industry Blog)