Around the World in Trams: Nagasaki 1201

Posted on Tuesday 17 April 2018 by Gareth Prior

We move out of Europe briefly for this week’s worldwide tram image with the photo coming from Nagasaki in Japan.

The first tram lines were opened in Nagasaki in November 1915 with five lines now running around the city. It is apparently the only tramway operator in Japan that hasn’t lost any of its original lines. Of note is that Japan drives on the left hand side, unusually for a country outside of British influence. 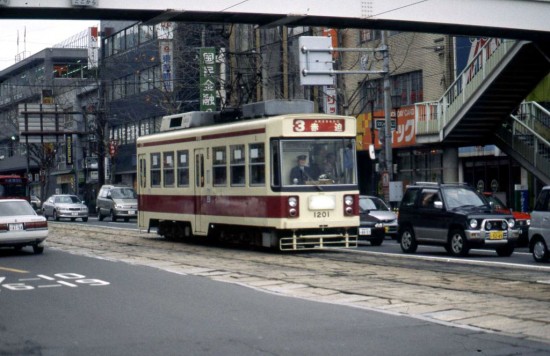