Posted on Tuesday 30 January 2018 by Gareth Prior

The chances are if you have visited the East Anglia Transport Museum over the past few decades you will have enjoyed the sight of London Transport HR/2 1858 operating along the museum’s tramway. But in this edition of Picture in Time we take a look at the tram during restoration at the Carlton Colville site in 1973.

Built in 1930 by English Electric for London County Council Tramways, 1858, as it was to be numbered when London Transport took over operation of all tramways in the capital in 1933, was originally designed for use on hilly routes and was fitted for operation with both overhead and conduit. It wasn’t until 1939 that the driver received protection from the elements with the open platforms fitted with windscreens. The tram remained in service until the closure of the system on 6th July 1952, latterly operating on routes 72 and 46. It became one of the first trams to be preserved by a private individual and was transferred to its first preservation home of Chessington Zoo on 2nd September 1952. And there it remained until 1964 when the area it occupied at Chessington was required for redevelopment. 1858 then moved to the East Anglia Transport Museum with it arriving at Carlton Colville on 10th April 1964. It ran briefly in 1971 but it was soon realised that London Transport had used practically all its operational life in the last few years of London’s tramways and it was soon withdrawn ready for restoration. This lengthy and extensive restoration finally saw the tram enter service in July 1986.

The below photos were all taken in July 1973 and show 1858 during its restoration with new panelling in evidence between decks. In the first view we can also see Lowestoft 14. 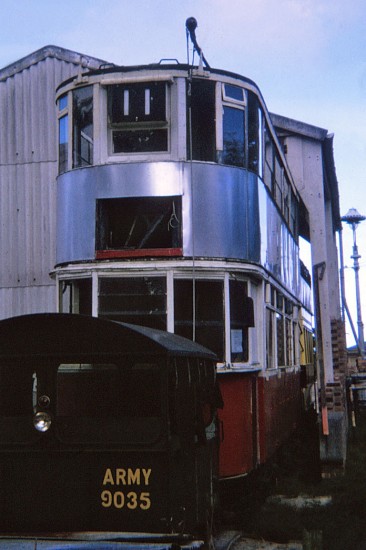 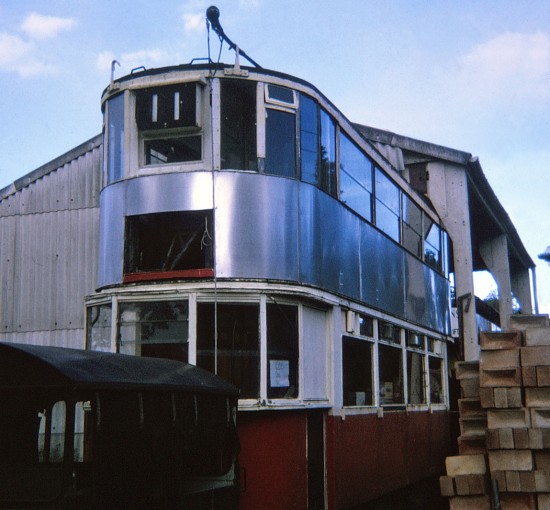 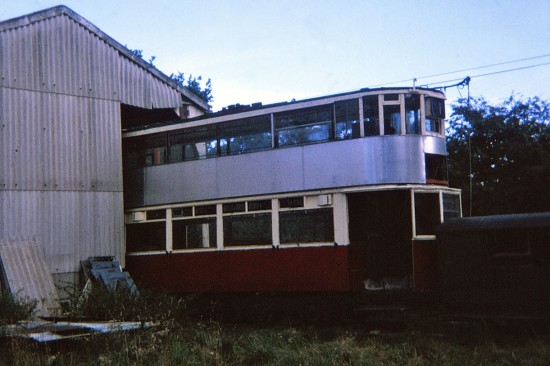 All Photographs by Bob Hodges