In the autumn of 2012 one of the popular Coronation Cars from Blackpool went on loan to Beamish for a short period having been made homeless a few weeks previously when it was moved away from Rigby Road Depot because of a strained relationship between its then owners, the Lancastrian Transport Trust and Blackpool Transport.

304 had been returned to service in Blackpool having arrived back there in 2002 with an inventive restoration on behalf of the Channel 4 programme, Salvage Square. Having been used occasionally it last ran in Blackpool during 2010 but had remained stored at Rigby Road until its move to a yard in the autumn of 2012. In order to get the tram undercover and to allow it to stretch its wheels again a loan was agreed with Beamish with 304 arriving in the north east on 12th October 2012. It entered service on 27th October 2012 and after use on a number of occasions it remained stored at Beamish for a few more months. It returned to Blackpool on 8th March 2013 where it returned to further outside storage (it finally returned to Rigby Road in June 2013 and is now part of the heritage fleet). 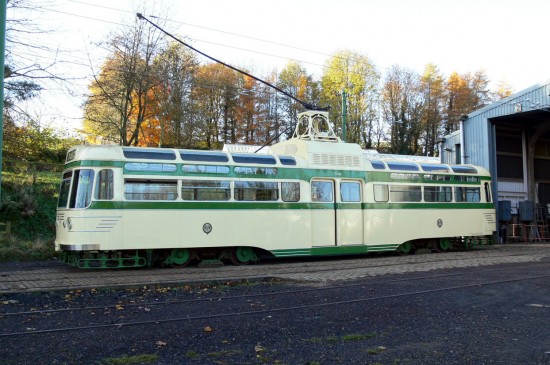 10th November 2012 was one of the chances to see 304 at Beamish. It is seen here waiting outside the depot. 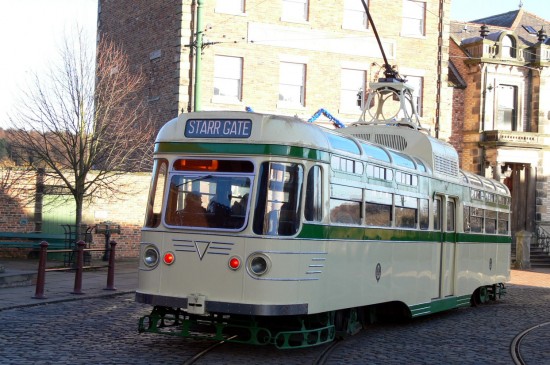 Later the same day and 304 is seen in the town. 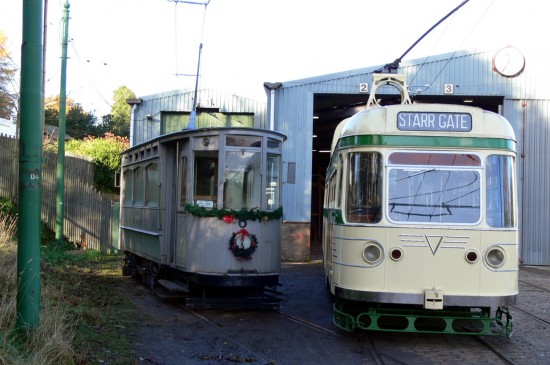 304 meets Leeds 6 (another on loan tram of course) outside the depot. (All Photographs by Andrew Waddington)