Cast your mind back 15 years and Nottingham Express Transit was still under construction with the opening not coming until 2004. Since then we have also seen two extensions constructed and opened.

Opening on 9th March 2014 the original Nottingham Express Transit consisted of two lines, both running from Station Street. One service ran to Hucknall with the other to a Park and Ride site adjacent to the M1 at Phoenix Park. A mixture of on street and reserved railway type track this saw the return of trams for the first time since 1936. The previous day had seen a tram celebration day but on 9th March Incentro 203 was chosen to perform the very first public service with the 0558 departure from Phoenix Park. It as estimated that between 40,000 and 50,000 passengers enjoyed the first day of service.

With the success of Phase One, Councillors pressed on with plans for two further lines out to Clifton South and Toton Lane. Construction started in 2012 and following delays in the project the first test run onto the new lines was seen in August 2014. It was, however to be another year before public services began. This came on 25th August 2015 with the first departure being from Toton Lane shortly after 0600 in the hands of Citadis 231 (one of 22 extra trams ordered for the new lines).

Currently there are no definite plans for further extensions but there are pleas for new lines, we will have to wait and see whether the next time we run a feature such as this they have progressed any further! 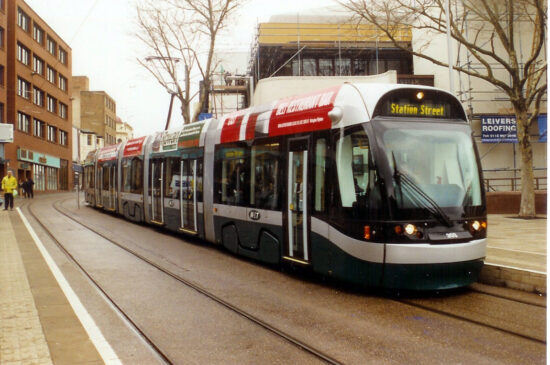 The second day of public services, 10th March 2014, and we see 203 waiting at Royal Centre as it heads towards the original terminus at Station Street. 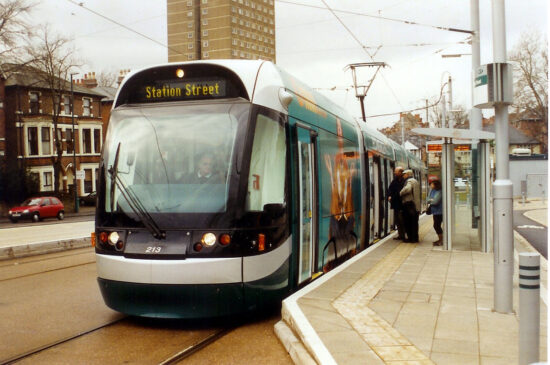 All over adverts were a feature of NET from the off including this design for Powergen on 213. The tram is seen on 10th March 2014 at The Forest. 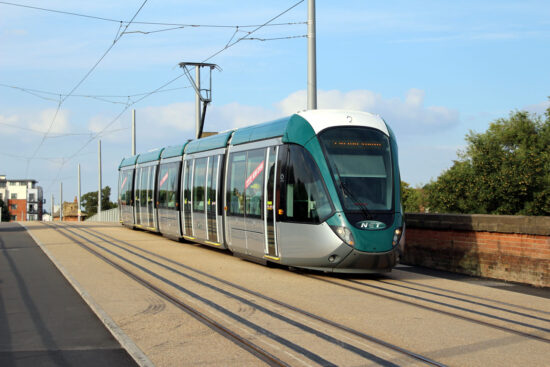 A few weeks after the opening of the Phase Two extension Citadis 237 is seen heading across Wilford Toll Bridge heading for Clifton South. The date is 11th September 2015. 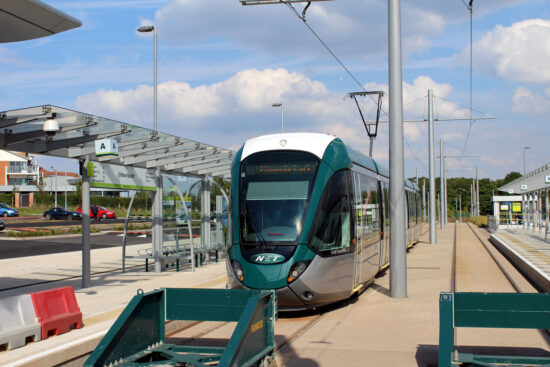 223 waits at the Clifton South terminus on 11th September 2015 waiting to depart with a service for Phoenix Park. (All Photographs by Gareth Prior)