In Pictures: Let it snow on Midland Metro!

Friday 8th December saw the first significant dusting of snow to fall in the UK this winter period (even though it isn’t actually officially winter yet!). One tramway to be affected was Midland Metro although despite the falling of the white stuff it didn’t impact on services with the only difference being it made photos a bit more picturesque! Andy Walters was on hand with the images. 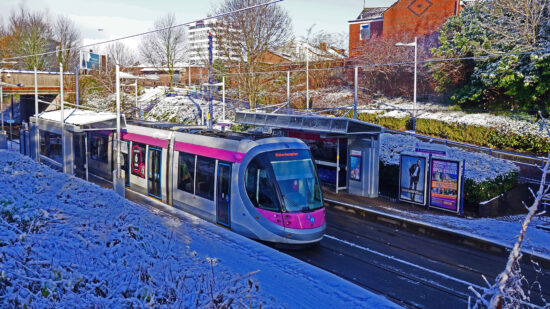 28 at Trinity Way on 8th December following overnight snow. The tram is running through to Wolverhampton St George’s and although there is snow on the ground the tramway is clear. 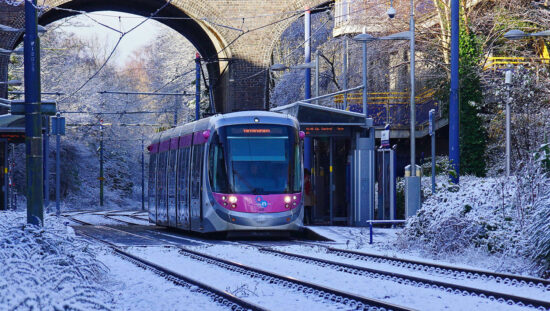 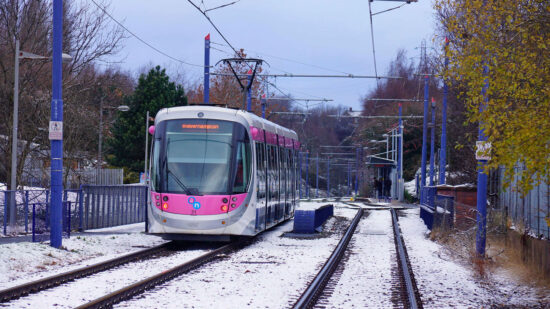 31 heads towards Black Lake and then Wolverhampton. 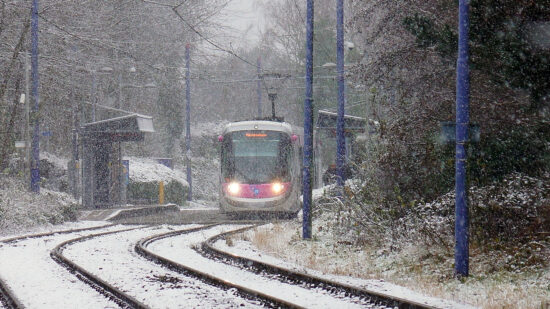 As snow falls again 36 is seen through the white stuff. 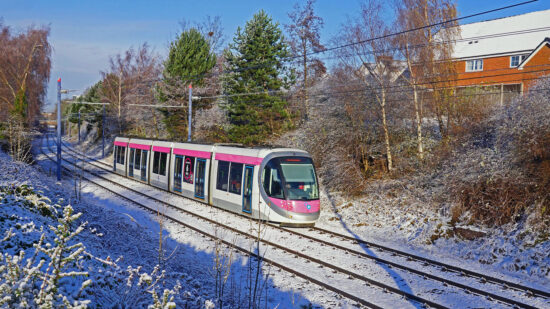 One final view of 31 as it speeds through the snow. (All Photographs by Andy Walters)