Probably the most unusual tram to be loaned over the past 15 years is Cardiff 131 – and its left its usual home at Crich twice!

When British Trams Online started in 2002 Cardiff 131 was out of the public eye being stored at the Tramway Museum Society’s Clay Cross store but that changed in 2007 when it was moved to Crich for full restoration (as the first tram to arrive on site in 1959 for the 50th anniversary celebrations of that milestone in 2009). It was restored and entered service in 2009 – a Cardiff Water Car once again in operation.

Following its successful return to service it was the following year that Cardiff 131 was on the road with a trip to Beamish. Heading up in April 2010 for Beamish’s special Power from the Past event which that year had a “Corporations and Contractors” theme (other works cars were also in attendance with Blackpool Marton 31 repainted green and used in passenger service as no. 4 along with Leeds 6). Operating demonstration runs throughout the weekend 131 soon returned to Crich.

But that is not where 131’s loans end as in 2011 it was moved to Blackpool for a working loan! It was borrowed by Blackpool Transport to clean the track between Starr Gate and Pleasure Beach which had been out of regular use during upgrade works. Arriving in the north west on 7th November 2011 it was used for the cleaning on 9th and 10th November. It then remained in Blackpool stored within Starr Gate Depot until departing on 23rd March 2012 but not before it went for a trip to Tower and back for photos! 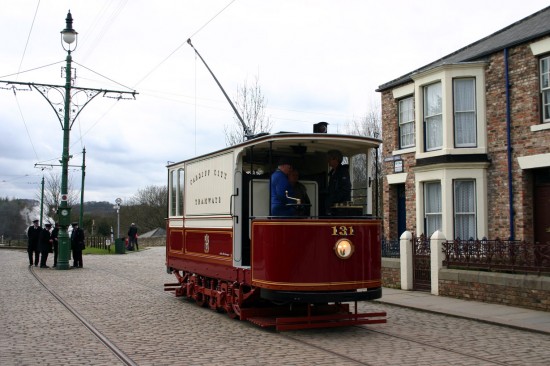 131 during its loan at Beamish. The tram is waiting at the start of the town tramway for the way to clear ahead. 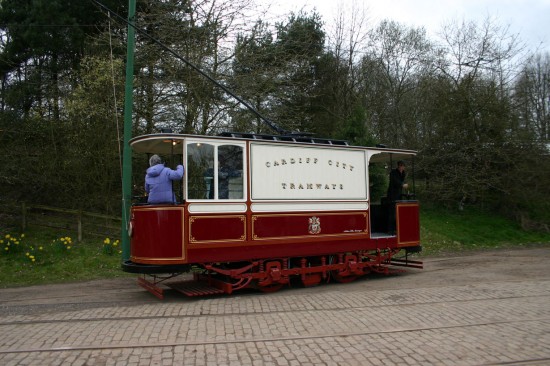 Cardiff 131 returns to the Beamish tram depot on 15th April 2010. (Both Photographs by Gareth Prior)