Posted on Tuesday 31 October 2017 by Gareth Prior

In this edition of Picture in Time we are on the Isle of Man as we take a look at one of the “oldest trams in the world” in action over 24 years ago.

The car in question is of course no. 2 which had bene built by G F Milnes of Birkenhead in 1893 for the opening of the first section of the Manx Electric Railway from Derby Castle. By the time this photo was taken on 7th September 1993 2 was carrying a maroon livery which was an approximation of the Douglas and Laxey Coast Electric Railway livery that the cars were originally believed to carry 100 years earlier (it has been carrying a similar livery for over 10 years by this point). No. 2 is seen here heading north away from Derby Castle running single motor with a full load of passengers. 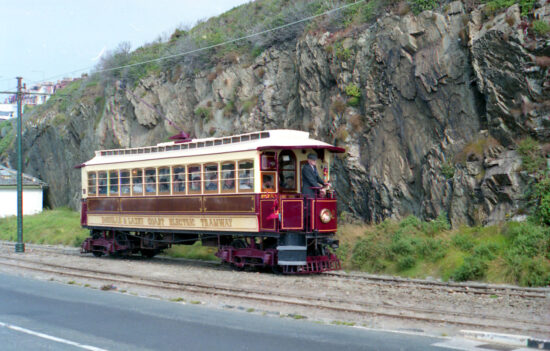