Posted on Tuesday 22 August 2017 by Gareth Prior

Today Picture in Time heads back down to Devon for views of two of the unsung trams of the Seaton Tramway fleet – namely Works cars 01 and 02.

02 actually dates from 1952 when it was originally part of an order by the Air Ministry for a battery operated 2ft single deck four wheel tramcar. However the Air Ministry continually changed their requirements and eventually the order was cancelled in 1958 – just as it was almost completed. By this time 02 was at Eastbourne and it was decided that the tram could be put to use as a works vehicle before it was stored. Its first rebuilt came in 1968 when it was lengthened and received an overhead gantry. Having been used for the erection of overhead at Seaton it suffered damage in 1981 after it was blown over in a gale and repairs saw the tram become a trailer. One further rebuild came in 1992 when it became a fully fledged works car again and it is in this condition that we see the tram in these photos.

Joining 02 in some of these photos is 01 which, as we have seen previously in this series, had spent some time in use as a mobile shop. Dating from 1960 it was fitted out as a shop between 1965 and 1995 before the construction of the new Seaton terminus led it to becoming an unpowered works trailer which is the condition it is found here. 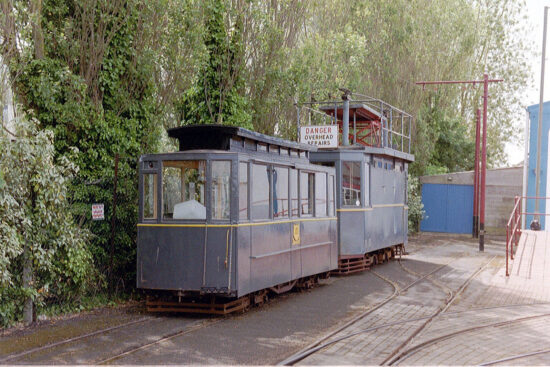 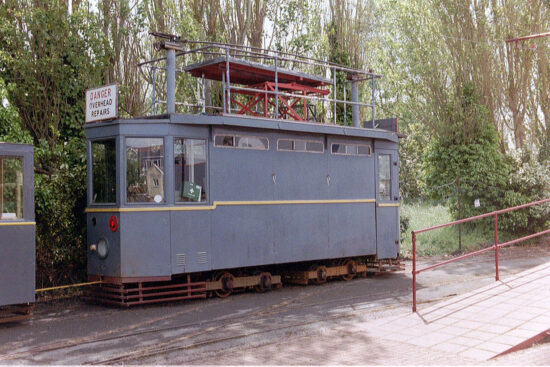 02 propels 01 away from Seaton and towards Riverside Depot. 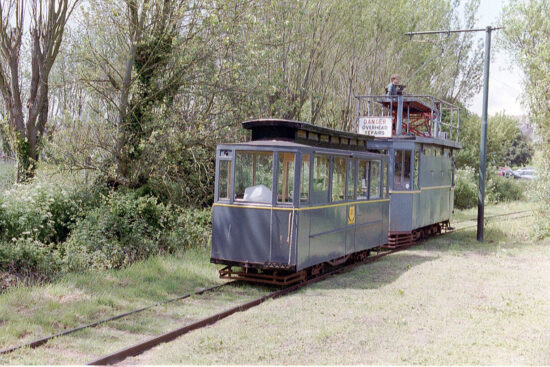 All Photographs by Noel Downie