In Pictures: Aberdeen Horse Tram 1 on the move

Posted on Wednesday 28 June 2017 by Gareth Prior

One of the most northerly trams to exist in the British Isles has recently been on the move on a temporary basis. The tram in question is Aberdeen Horse Tram no. 1 which made the trip between its usual home at the Grampian Transport Museum in Alford to the Aberdeen Science Centre, where it is to be on public display until October.

No. 1 – which was converted to electric operation upon conversion of Aberdeen’s tramways – is the only surviving restored tram from the city and has been an exhibit at the Grampian Transport Museum for a number of years. However a new exhibition at the Aberdeen Science Centre has seen no. 1 on the move – the most interesting aspect of this move is that the Aberdeen Science Centre is actually on the site of the old tram sheds and so this is a return home for the tram after almost 60 years! The tram will be part of the Silver City Stories events until October.

The tram was moved by low loader the 25 miles between the two site’s on Monday 19th June before being lifted off the lorry and then manoeuvred into position. 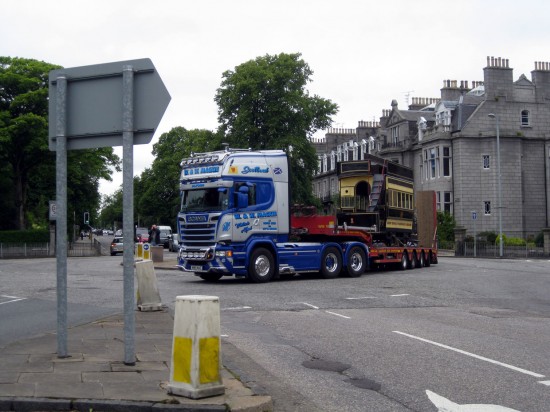 Back in Aberdeen no. 1 is seen here at Queens Cross. 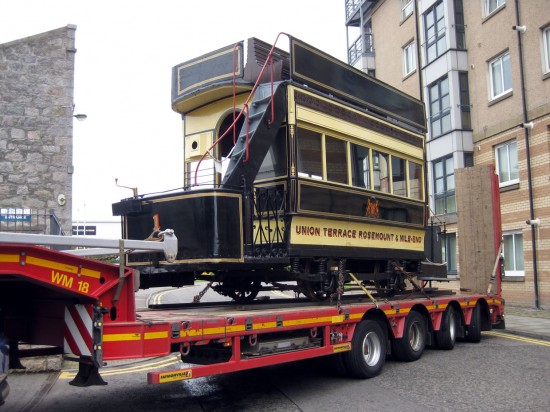 Outside the Aberdeen Science Centre on Constitution Street. 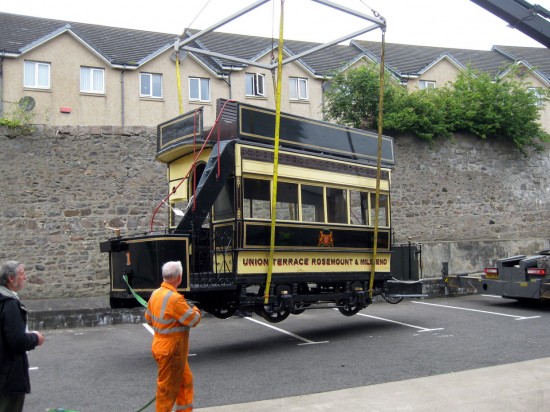 No. 1 is lowered into the car park at the Aberdeen Science Centre. (Photographs x3 by Keith Jones) 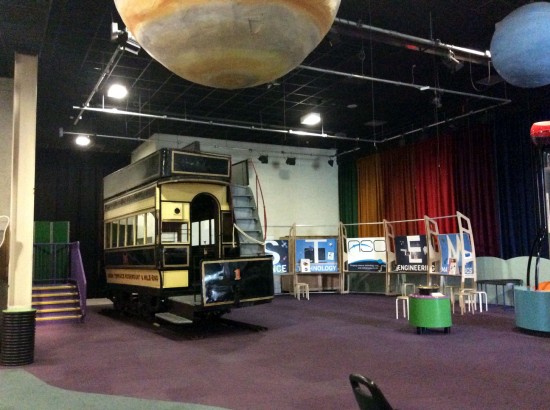 The tram gets used to its new old surroundings. (Photograph by William Brown)