It has been a while since any updates were given on the project to upgrade the main tram depots at Crich Tramway Village, home of the National Tramway Museum – but that doesn’t mean that nothing has been happening! In fact, behind the scenes a lot of planning has been going on, whilst the appeal for donations to boost the money already raised by grant funding has now reached a very credible £20,000.

It has been confirmed that work on refurbishing the depots will commence on 6th November, straight after the end of the 2017 open season for the attraction. Work to be undertaken will primarily include replacing the roof, installing new depot doors, and creating new partition walls – the key aim being to better insulate the buildings in order to help conserve their precious contents. Due to the proximity of the Grade 2 listed Derby Assembly Rooms facade it was important to apply for planning permission, and approval has been granted now that assurance has been given that this important building will not be adversely affected by the work. A number of bids to carry out the work have been received and will be sorted through in the next few weeks, before a preferred contractor is selected and contracts drawn up. The tough task of drawing up a detailed building plan can then begin, although a rough schedule for the intended works has already been drawn up.

Options are also being investigated for the new depot doors which will be much thicker than the old ones as part of the drive to improve insulation. This will mean that, due to clearance issues, folding concertina doors cannot be retained. Various options will be considered and some research has already been carried out to look at different types of doors used on first generation tram depots, which are being shared with the design team.

Naturally this project is going to present a number of significant challenges. Museum curators are planning for the careful removal of the many artefacts which adorn the depot walls, as well as giving some thought to which ones will be returned once the work is finished, and how the displays might be improved. The removal and subsequent improvements to the lighting within the buildings will also need some thought. However, the most obvious problem is: what will happen to all the trams inside? This has not been clarified yet, however it has been stated that it is hoped to ensure that the roof can be kept watertight each night, in an attempt to minimise the need to move trams out of the depots. Some consideration has actually been given to erecting a temporary storage depot, but this is understandably not a preferred option. Presumably the most likely solution would be to partially dismantle some of the displays inside the Exhibition Hall so that more trams can be fitted inside – but it will certainly be interesting to see what happens and how the imaginative staff and volunteers at the museum deal with this latest challenge! 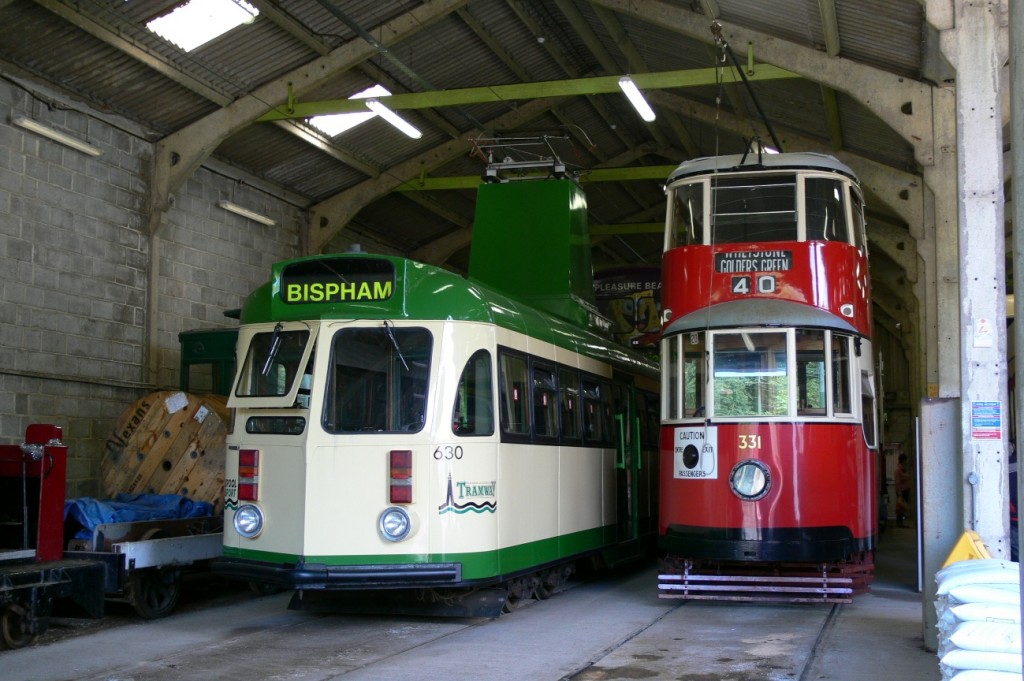 A peek inside the running sheds at Crich as they are now, with two operational centre-entrance cars present: Blackpool 630 and MET 331. (Photo by Andrew Waddington)