With an emphasis on Blackpool trams, its easy to forget sometimes that the North Eastern Electrical Traction Trust are also the proud owners of two trams from much further afield. Last winter, Graz 210 was brought to Washington near Sunderland to join the rest of the collection in the specially-built storage shed, and it has now been joined by Krefeld 412, the single-ended German Duewag car which was previously stored in the car park at the North East Land, Sea & Air Museum.

412 has actually been on site for a few years already but has had a long wait to be moved undercover as it is a metre gauge car. This meant that a dual-gauge track needed to be laid inside the tram depot, a task which was recently completed. With the preparations for its move complete, NEETT’s regular hauliers of choice, Calkeld’s, were contacted and booked to move the tram the very short distance from the museum’s car park, to just outside the depot building. This took place on 1st June, the tram being placed on a low loader, moved to the other end of the museum site, and then off-loaded in front of the depot building, being carefully winched onto a temporary rail ramp and maneuvered inside. The tram was positioned on road 1, the dual gauge track, in front of the aforementioned Graz car. The move was completed in short order and by lunchtime the tram was settled and looking very at home inside the depot.

412 looks a sorry sight after being subjected to many years of storage out in the open, both before and after its acquisition by NEETT, but could potentially make a nice static exhibit. However, in the short term it is likely to be simply stored in its current state; its owners plan to prioritise the various Blackpool trams in their care. Nonetheless, Krefeld 412 is an interesting car and hopefully one day its chance to take the limelight will come, and at least now it has a roof above it, the process of deterioration should be slowed considerably and its long-term conservation can be properly considered. 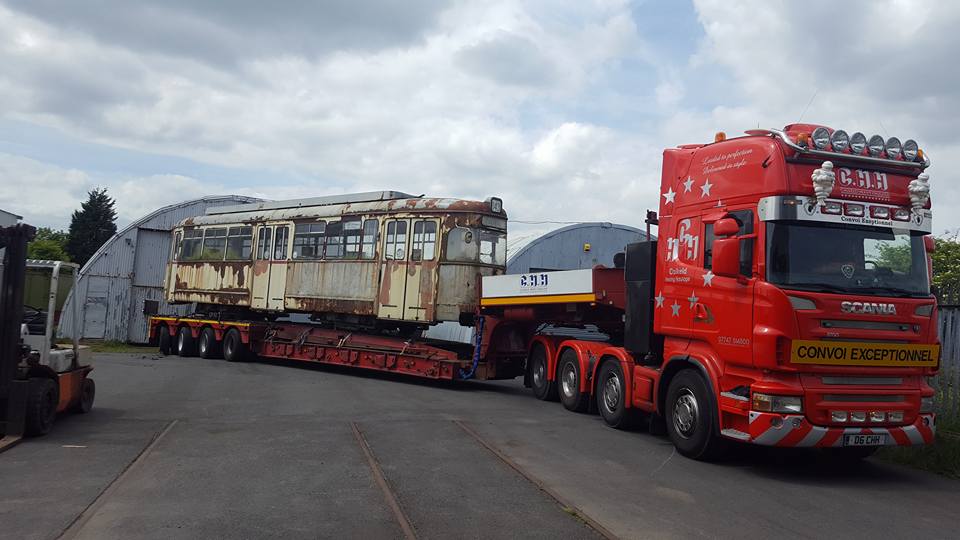 Krefeld 412 is seen passing the various hangars at the North East Land, Sea & Air Museum on the back of a low loader as it is moved towards the depot where it is now housed. 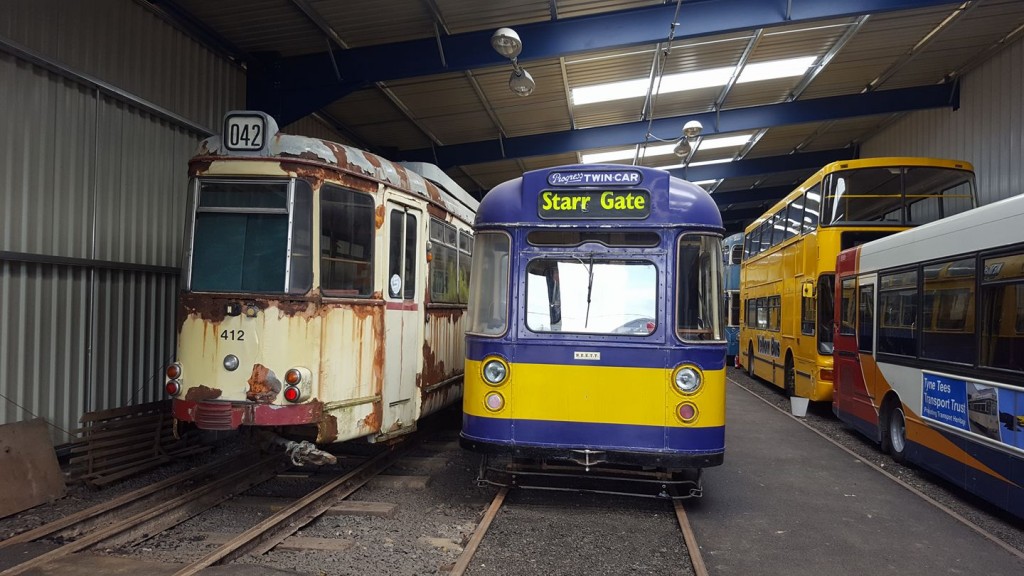 Another view of Krefeld 412, now safely tucked up in its new home with Blackpool trailer car 684 alongside for company. Note that the back end of the German car is now facing the front of the depot. (Photos courtesy of the North Eastern Electrical Traction Trust)