Posted on Monday 27 February 2017 by Gareth Prior

A seven year project to dramatically increase the Manchester Metrolink network is over following the opening of the Second City Crossing (2CC) between St Peter’s Square and Victoria via Cross Street and Exchange Square. Passenger services started on Sunday 26th February with all trams between East Didsbury and the Oldham and Rochdale line now using this stretch of track, all other cross city trams continue to use the original line along Mosley Street.

The first tram to operate in public service on the new line was 3064 which arrived at Victoria at 0640 to form the first East Didsbury via Exchange Square service. This was soon followed by 3027 which operated the 0652 service from St Peter’s Square to Rochdale via Exchange Square. The day also saw 3111 in use, which had been fitted with special vinyls celebrating the last piece of the jigsaw being in place.

The opening of 2CC has meant that there has been another rejig of services across the Metrolink network. The most obvious is that trams from East Didsbury to Rochdale Town Centre and Easy Didsbury to Shaw & Crompton will operate via Exchange Square whilst Manchester Airport services are now extended from Cornbrook to Deansgate-Castlefield with this service planned to be extended through to Victoria later in 2017. Meanwhile Altrincham to Piccadilly services have been extended to Etihad Campus with Bury to Etihad Campus services now terminating at Piccadilly.

The big bang expansion had started back in December 2009 when work started on the East Didsbury line and over the past seven years lines have also opened to MediaCityUK, Rochdale, Ashton-under-Lyne and Manchester Airport. Metrolink is now three times its original size with 93 stops, 60 miles of track and 120 trams. This may be the end of the so-called “Big Bang” but that doesn’t mean that is it for Metrolink extensions as initial work has already commenced on a line to Trafford Park which will see a further 6 stops added to the network.

Cllr Andrew Fender, Chair of the TfGM Committee, said: “Having chaired a strategy group from 1982 – which developed the Metrolink concept – I am extremely proud, 35 years later, to see the completion of the Second City Crossing, and with it our phenomenal and multi-award winning ‘Phase 3’ expansion programme. It’s been a remarkable journey, one I’m privileged to have seen first-hand, and my thanks goes to all those who’ve worked so hard to turn those early dreams and ambitions into a reality and who have, ultimately, delivered a world-class transport system to the people of Greater Manchester.”

Peter Cushing, TfGM Metrolink Director, added: “I’m immensely proud of what we’ve achieved with our partners over the last eight years as we’ve expanded the Metrolink network to become the largest light rail system in the UK. The Second City Crossing opening is the culmination of years of hard work to complete the Phase 3 big bang expansion, and it would not have been possible without the hard work of my team, contractors MPT and operator RATP Dev, helping to make this a reality. I’d like to thank everyone involved and I look forward to seeing our customers right across the tram network experiencing the benefits.”

* A full photo gallery will be added at the weekend. 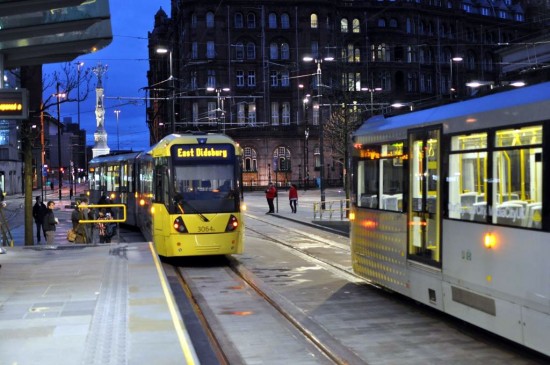 3064 departs from St Peter's Square from East Didsbury having been the first tram to traverse the Second City Crossing in revenue earning service. (Photograph by Steve Hyde) 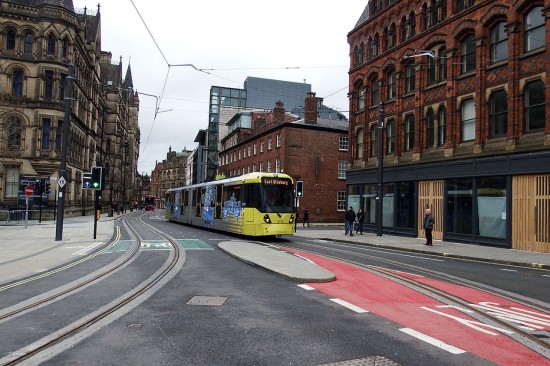 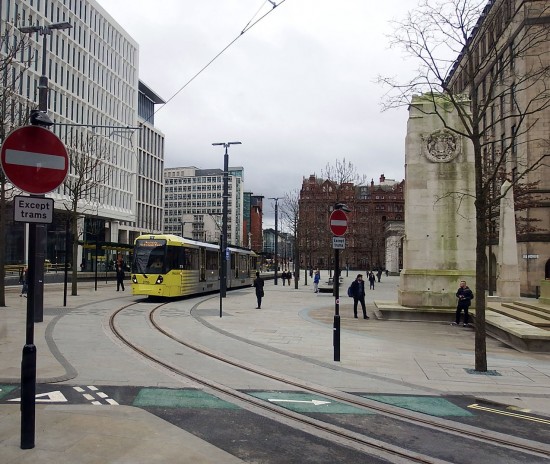 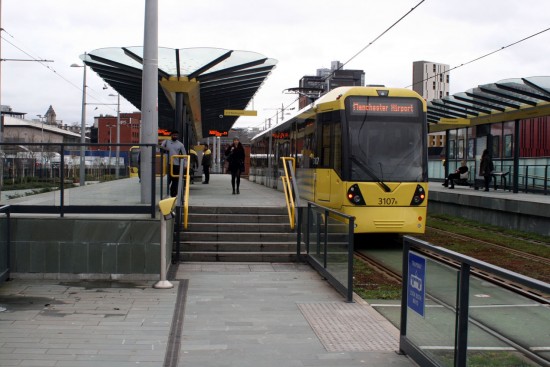 It was also the first day of the extended Airport service to Deansgate-Castlefield where we see 3107 having terminated and ready to head back. (Photograph by Martin Miller)