Posted on Tuesday 28 February 2017 by Gareth Prior

Another tram which has been a very rare performer at Crich is the feature of today’s Picture in Time instalment – Leicester 76.

Leicester 76 had entered service on its home tramway in 1904, originally as an open topper before receiving the now familiar upper deck. It was withdrawn in 1947 and sold on for further use being rescued for preservation from Yorkshire arriving at Crich in 1960. Once in Derbyshire it became the first tram to receive major structural restoration when it was returned to 1920s condition with an upper deck cover but open balconies. It only operated at the museum between 1973 and 1975 before it became a static exhibit. Today it can be found in the Great Exhibition with appearances outside very rare.

In this view we see 76 during 1974 down towards the Town End terminus during its short period of operation at Crich. 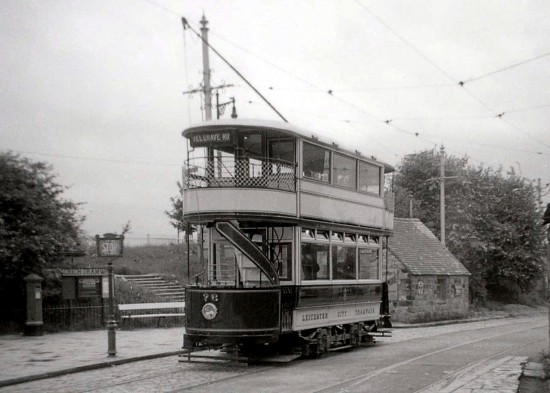 1 Response to Picture in Time: Leicester 76