Posted on Thursday 23 February 2017 by Gareth Prior

Back to Blackpool for this edition of Picture in Time and we feature one of the popular Open Boat Cars. These photos date from 2007 and show the prototype of the class – no. 600.

Delivered to Blackpool as no. 225 the tram was one of the new generation of trams being introduced to the tramway as part of Walter Luff’s 5 year plan with it arriving in 1934 before entering service on 19th May 1934. Intended as a replacement for the Toastracks, 225 was soon joined by 11 sisters (which featured higher sides than that fitted on 225) and over the years they became very popular trams with members of the public being used throughout the summer season on Prom specials. Temporarily receiving a pantograph at the end of 1980, the tram, by now renumbered 600, then headed off for a break from Blackpool operating at Manchester’s Heaton Park Tramway from 1985 to 1997 before returning to the Lancashire coast where it returned to service. The tram has since had major attention in the workshops which saw it feature a new external look with the addition of bumpers instead of traditional lifeguards with it being ready for the 125th anniversary in 2010. It is now a vital member of the heritage fleet.

This first photo shows 600 heading under the Tower overbridge on 4th September 2007 as it forms a special to Cabin. 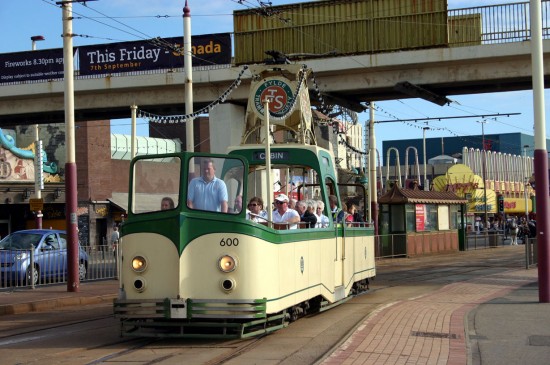 And a mild evening on 7th September 2007 saw 600 also used on specials after the lights had been switched on as shown in this view at Pleasure Beach. 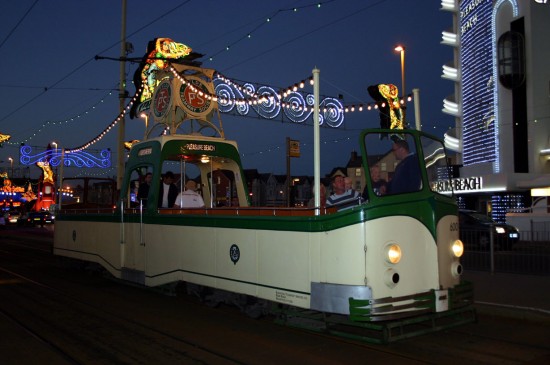