Posted on Tuesday 21 February 2017 by Gareth Prior

It’s time for another edition of Picture in Time as we delve into the archives and today find ourselves on the Isle of Man in 1992. The tram feature in this edition is Manx Electric Railway Winter Saloon 20.

Arriving on the Isle of Man in 1899 Winter Saloon 20 was ordered for the extension of the Manx Electric Railway through its now very familiar northern terminus of Ramsey. Over the years the Winter Saloons have become the mainstays of the MER fleet and even though a winter service is now just a memory on the line they are often the first choice cars to operate the service in the summer.

These two photos were taken on 26th August 1992 at which time 20 was carrying this version of the standard MER colours of red, white and brown. This first view shows having just arrived at Ramsey. 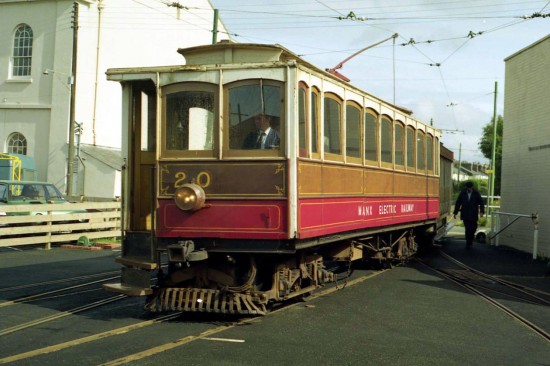 And then we turn around and see 20 at the Ramsey loading stop following the completion of its shunting move ahead of a return to Derby Castle. 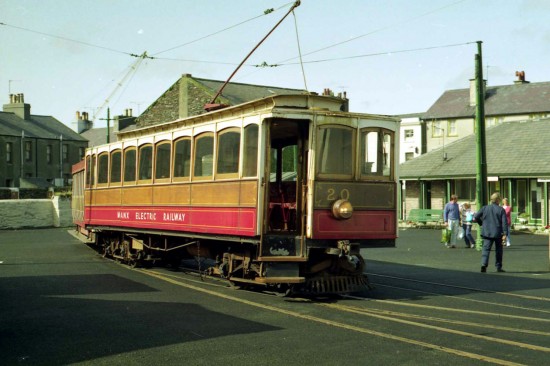