Posted on Friday 10 February 2017 by Gareth Prior

After several months out of service – following a collision with a road vehicle in Wolverhampton – Urbos 3 27 is nearing a return to service with the tram undergoing a test run on Friday 10th February.

Leaving the depot with CAF engineers on board 27 ran behind 19 all the way to Wolverhampton St George’s and then Grand Central before heading back to Wednesbury Great Western Street, this time trailing 28. Following arrival here the tram returned to depot its test run having bene completed. 27 has received two new nose ends during its time out of service as its previous ends had been taken off to keep other members of the fleet in service (19 and 28). It is understood that in the collision with a car in Wolverhampton 27 suffered some body damage which has had to be rectified before it could be considered for a return to service.

It is expected that providing that the test run was a success that 27 will rejoin the operational fleet next week. 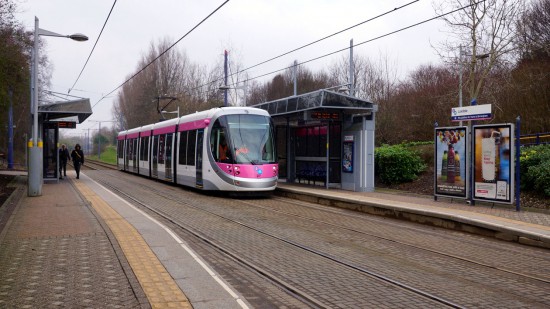 27 heads through Loxdale on its rest run. 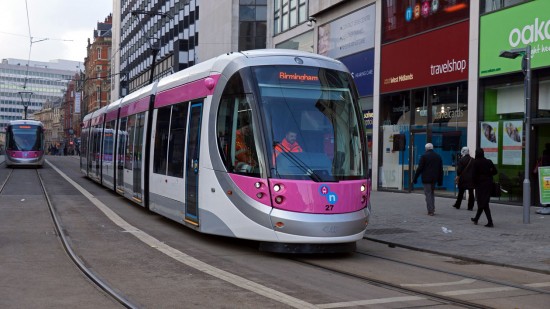 And then we see the tram in Birmingham City Centre heading back out of the city. (Both Photographs by Andy Walters)

1 Response to In Pictures: Midland Metro Urbos 3 27 on test