In Pictures: Tramlink 2550 back in fleet livery 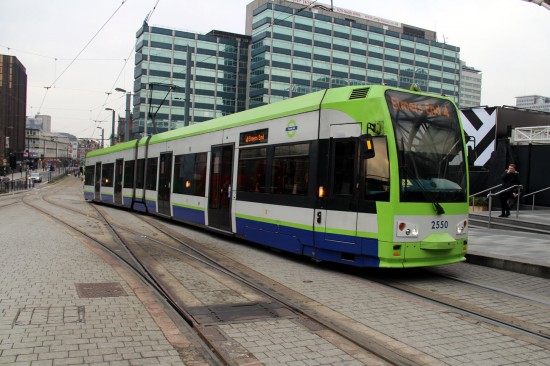 2550 is seen here at East Croydon on 26th November in fleet livery. (Photograph by Kevin James)