The Edinburgh Transport Group have unveiled a plaque and information panel at the former Braids tram terminus on Comiston Road, Edinburgh to mark the restoration of the former 1930s tram shelter and to commemorate the 60th anniversary of the closure of the last of the Edinburgh Corporation Tramway route on 16th November 1956. The panel gives a brief history of Edinburgh’s tramways as well as the shelter itself and was unveiled on 19th November. 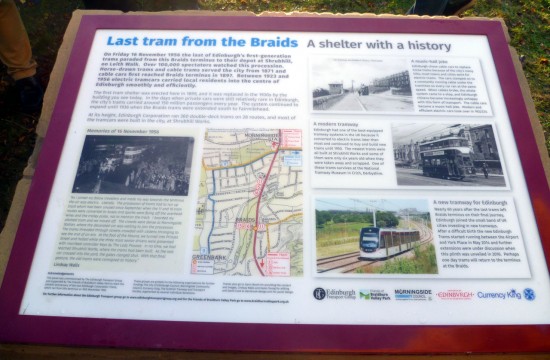 The information panel is seen in situ during the unveiling ceremony. (Photograph by Roy Calderwood)