Posted on Saturday 23 July 2016 by Gareth Prior

The most southerly tramway in the UK also operates on the smallest gauge and is of course the Seaton Tramway in Devon. In this pictorial update we take a look at the tramway during July including a look behind the scenes at Riverside Depot where we see the latest progress in the conversion of 17 into an enclosed saloon tram. Photos from Keith Chadbourne. 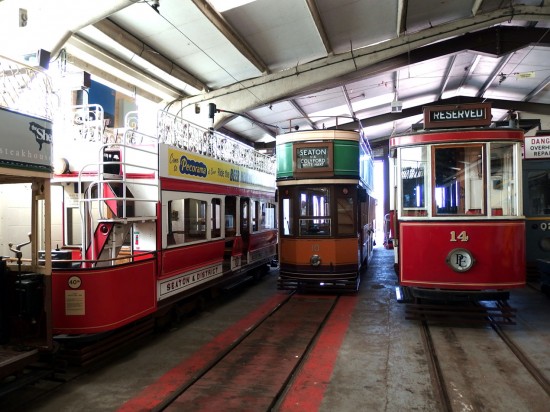 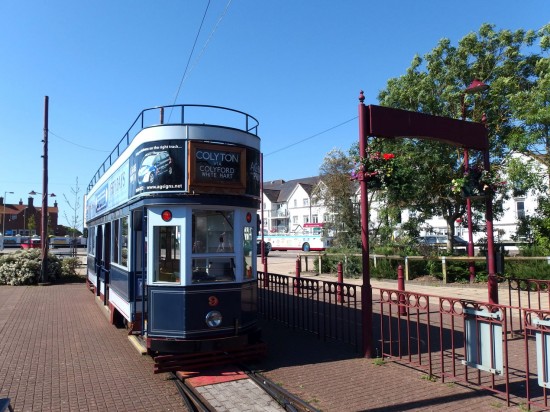 As previously reported on British Trams Online this summer has seen the return of the Mendip Mule bus service using vintage buses around the local area adding an extra attraction to both transport enthusiasts and the general public alike. In this view we see 9 at Seaton terminus with the single deck open top Bristol RE bus in the background awaiting departure. 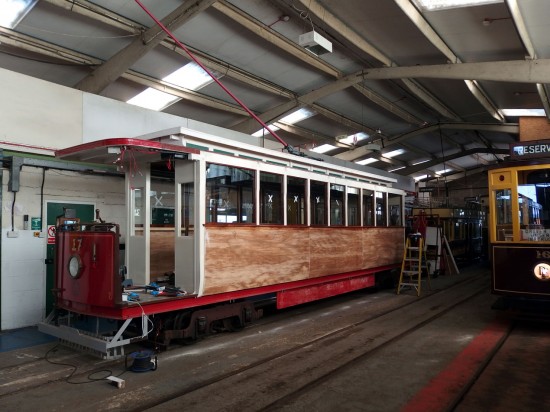 The big story for 2016 at Seaton is the conversion of no. 17 from a Crossbench to an enclosed saloon. The project continues to progress with windows and lower panelling now in situ. 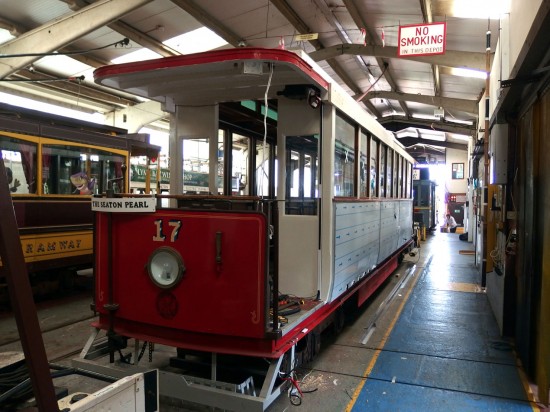 The other side of 17 showing the progress here as well. Once the conversion is completed it is expected that the tram will retain its Manx Electric Railway style identity. (All Photographs by Keith Chadbourne)