And then there was one!

Posted on Thursday 24 March 2016 by Gareth Prior

It has been another busy couple of days on Midland Metro with not one, not two but three of the remaining T69s taking their leave from Wednesbury Depot. The three to depart are 04 and 12 on Wednesday 23rd March and then 10 on Thursday 24th March leaving just 16 all alone at the depot where it looks set to stay for now with no plans for Allelys to return for it.

Planning for the week of departures actually began on Tuesday 22nd March when 04 and 12 were moved under their own power to the departure road in preparation for the common sight of the Allelys low loader to arrive. This duly happened at 1500 the following day but rather than just the one lorry two arrived with both 04 and 12 set to make the trip to Long Marston on the same day. Loading was completed by 1715 and after a brief pause to allow the rush hour traffic to subside the two lorries left Wednesbury shortly before 1900 with 04 the first to depart swiftly followed by 12.

Whilst the loading process was taking place 10 was moved, also under its own power, onto the departure road to await its turn to take a trip on the back of a lorry and this turned out to be on Thursday 24th March. On a wet Spring day the low loader arrived at 1030 and with the team from Allelys now well versed on the quickest way to get a T69 onto the back of a lorry it wasn’t long before 10 had left Midland Metro metals. Just before 1300 the lorry had backed out of the depot and set off on its way to Long Marston.

This means that of the once 16 strong class of T69s only the last of the trams to be delivered back in 1999 remains at Wednesbury. This is, of course, 16 which had been the last of the class to run in passenger service last year and initially been expected to be retained as an engineering tram. This plan seemed to have been abandoned in the latter part of 2015 but 16 is now set to stay at the depot for a while yet although what its future role might be is not known.

As for Long Marston there are now 15 Midland Metro T69s and four Manchester Metrolink T68s stored there. There may be a future for the T69s on the Isle of Wight if plans to convert the railway there to light rail operation but this plan is still at a very early stage and it may turn out that there is no role for the T69s after all. 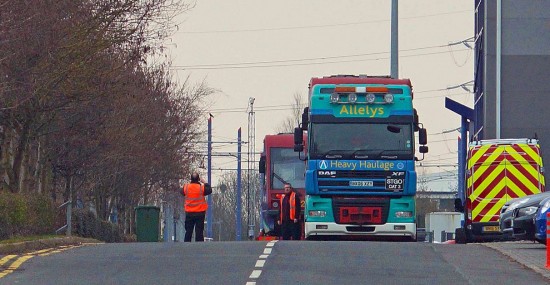 04 and 12 wait on their respective low loaders outside the depot on 23rd March. 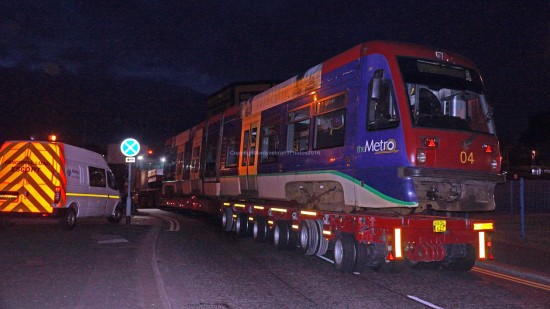 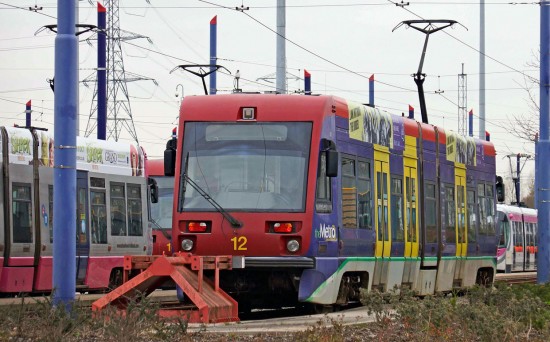 12 waits for departure on 22nd March. 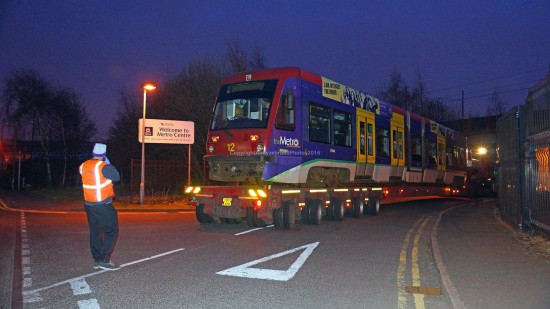 And then departs from Wednesbury one last time. 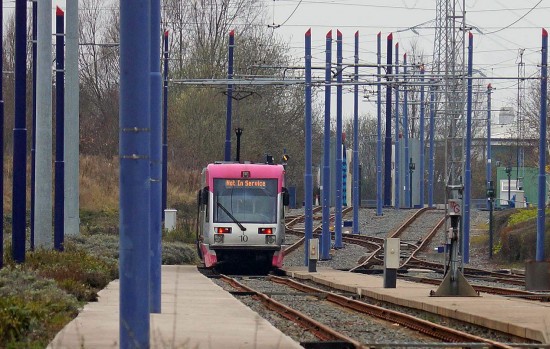 10 is moved into position for its own departure. 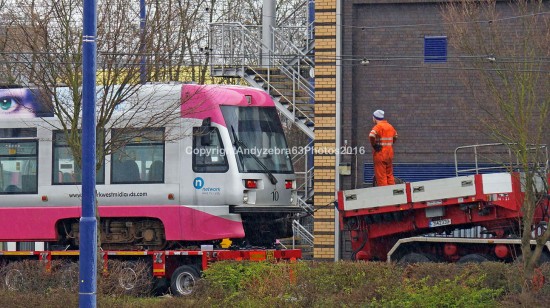 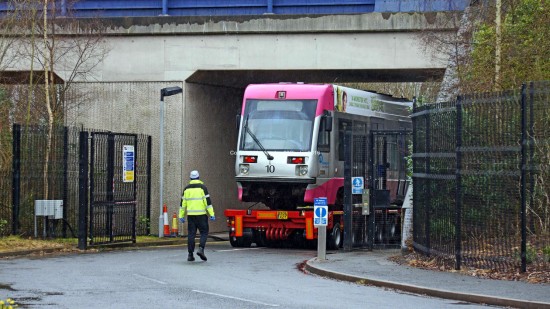 10 comes out of the depot gates. 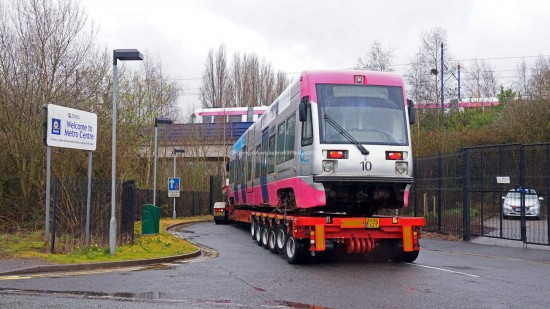 As an Urbos 3 passes on the bridge above 10 backs out of the depot.

One last view of 10 as it embarks on its trip to Long Marston. 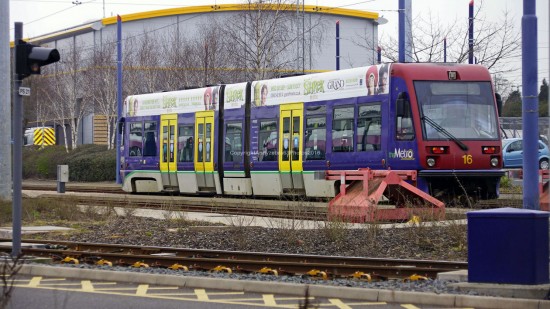 And all alone at the depot now is 16. (All Photographs by Andy Walters)

2 Responses to And then there was one!