Posted on Sunday 25 October 2015 by Gareth Prior

At the end of service on Saturday 24th October Midland Metro ran into the original Snow Hill terminus for the last time with the track from St Paul’s leading into the dark and cramped terminus closed to allow for the new city centre extension to be connected to the existing line. This brought to an end over 16 years of use and becomes the first stop on Midland Metro to be permanently closed.

In the build up to the last day Midland Metro had already started to prepare for its closure with the glass being removed from the shelters and surveyors were also seen in attendance. Once the line closes it is expected that preparations will commence for Snow Hill mainline station take over the trackbed allowing for a four platform station to help with an increase in capacity.

Construction work has been stepped up on the city centre extension particularly on the viaduct which will take Midland Metro away from its current alignment. Services from Wolverhampton St George’s are now terminating at St Paul’s and this arrangement is expected to remain for six weeks. During this period the two lines will be connected, all overhead will be installed and testing and commissioning will also take place. When services resume beyond St Paul’s the trams will run through to Bull Street but the new Snow Hill stop is not expected to be completed at this time. The final section of the city centre extension should then open by the end of the year. 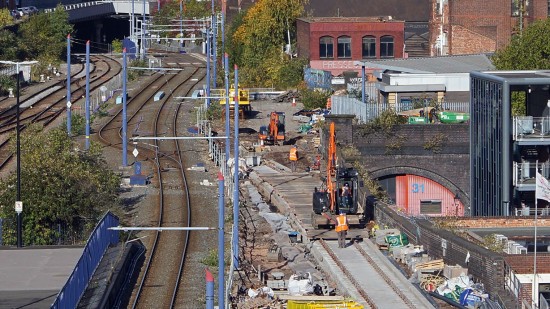 A view of the old and new lines at Snow Hill. 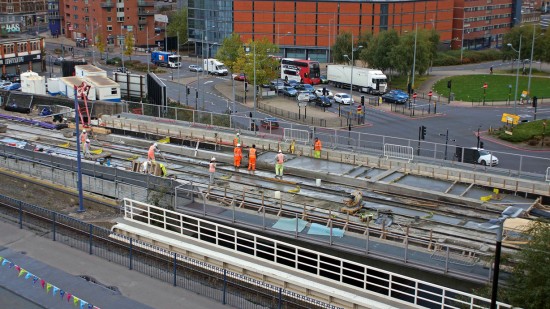 Work underway on the new line at Snow Hill. 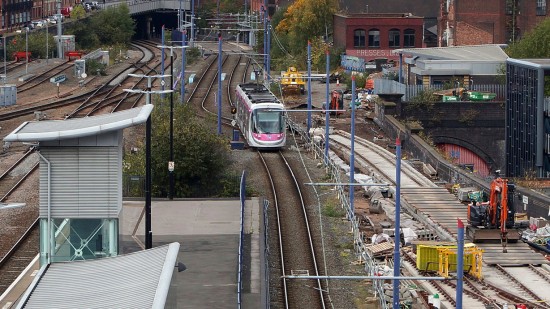 26 approaches Snow Hill and passes the location of the new junction. 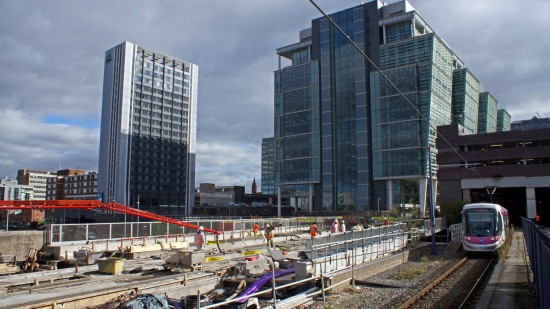 Another look at the construction work alongside Snow Hill station. 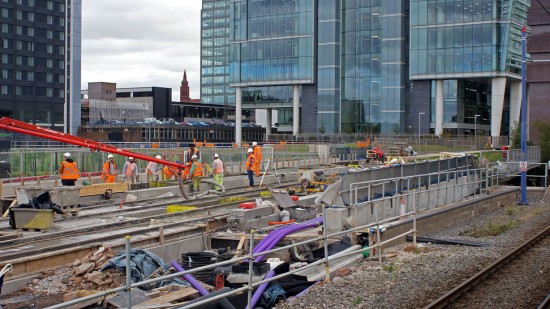 One final view of the work at Snow Hill. (All Photographs by Andy Walters)