Posted on Thursday 1 October 2015 by Gareth Prior

It’s almost another weekend which must mean it’s time for another tram event! On Sunday 4th October the eyes of the British Isles tramway world are turned towards Birkenhead for the annual Bus and Tram Show which will see a four tram service using six different trams running on the Birkenhead Heritage Tramway. Elsewhere there continues to be trams running across the British Isles so there should still be plenty to keep you occupied! Read on to find out just when and where you go for a ride on a traditional tram…

Open: Open every Sunday only until the end of October. Opening hours 1200 until 1630.

Until Sunday 4th October – Timetable B (7 departures daily from Derby Castle between 0940 and 1610 all but last service run all the way to Ramsey. Returns from Ramsey between 1110 and 1640).

Until Sunday 4th October – Timetable B (7 return services up the mountain every day between 1015 and 1545). 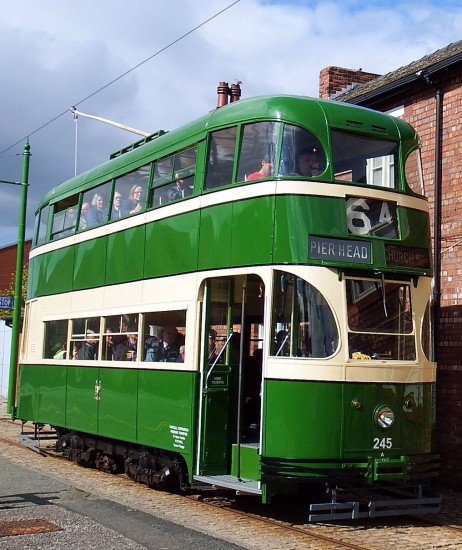 It's time for Birkenhead to be in the spotlight this weekend with the annual Bus and Tram Show taking place. One tram expected to play a major role is recently restored Liverpool 245. (Photograph by Steve Kemp)