In Pictures: Liverpool 245 launched back into service

Posted on Monday 14 September 2015 by Gareth Prior

On Saturday 12th September – just two days short of 58 years since the last convoy of trams to run in Liverpool – Liverpool 245 was launched into service at the Birkenhead Heritage Tramway with a suitability lavish event taking place to mark this historic achievement by the Merseyside Tramway Preservation Society.

The story of Liverpool 245’s return to operational condition has been a rather protracted one with the tram arriving at Taylor Street for restoration in May 2006 after very lengthy negotiations with the vehicle’s owners – National Museums Liverpool. Although the tram arrived in more or less a complete condition it was necessary for it to be completely stripped down to allow the restoration to commence and this took place until 2014 when the tram was completed and a launch date was set. Unfortunately during initial testing problems were experienced and this launch date was postponed and wasn’t to be until 2015 that a new date was named.

And that date was Saturday 12th September with two “first” runs planned and refreshments on hand. After speeches 245 broke a banner as it headed out of the Taylor Street Depot and then embarked on its first journey accompanied by Wallasey 78 which had a band on board to mark the occasion. Following the second of the “first” runs 245 then entered normal service – although with a special fare structure in place – and was joined by fellow Liverpool car 762 in service – the first time since the closure of Liverpool Corporation Tramways that two trams from the city has been in service in the same place on the same day. Both Hong Kong built trams were also out of the depot with 69 stabled on the stub track at Old Colonial and 70 at Pacific Road.

245 was also in service again on Sunday 13th September and will now join the regular operational pool of trams at Birkenhead. There are now seven trams available for service: Birkenhead 20, Hong Kong 69, Hong Kong 70, Wallasey 78, Liverpool 245, Lisbon 730 and Liverpool 762 with one tram under restoration – Warrington 28 – plus horse car Liverpool 43. 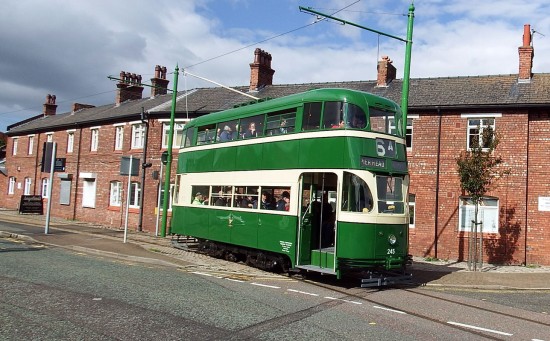 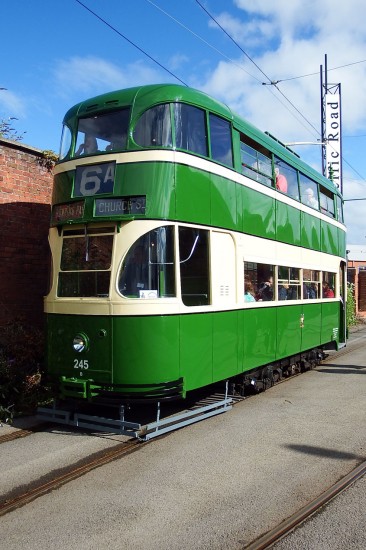 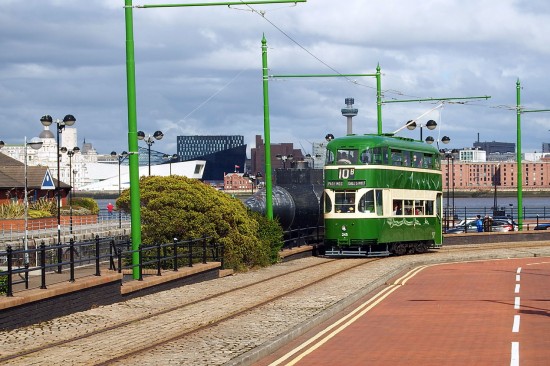 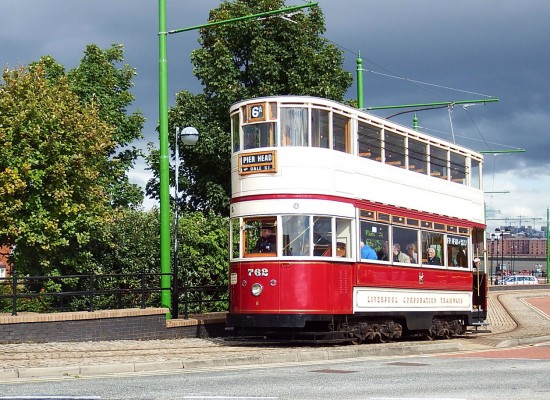 Liverpool 762 was also in service during the afternoon. 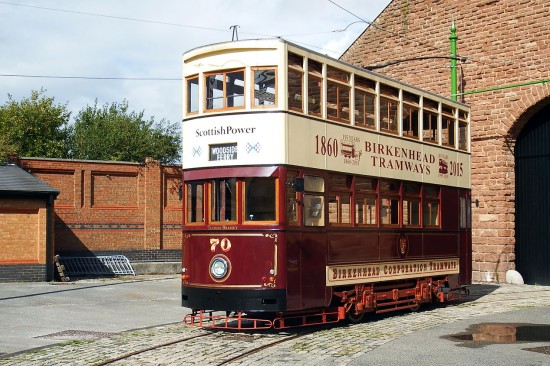 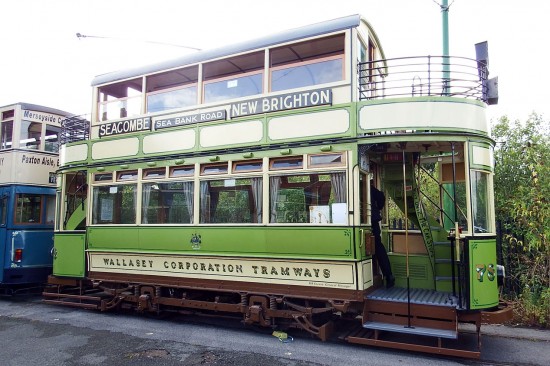 Wallasey 78 on the stub track at Old Colonial with Hong Kong 69 for company. (All Photographs by Steve Kemp)

2 Responses to In Pictures: Liverpool 245 launched back into service