The Birkenhead heritage tramway’s Wallasey 78 has recently received new period style between-deck signwriting, ‘Loyal greetings to Her Majesty’. This is in recognition of Queen Elizabeth II’s recent remarkable achievement, in becoming the longest-reigning monarch in the history of Great Britain. Its first day in service so adorned was Sunday 12th September.

This isn’t the first time that Wallasey 78 has paid tribute to the royal family; it previously carried temporary slogans commemorating the wedding of Prince William and Kate Middleton. The new lettering has been applied over the cream between-deck side panels and have been painted in a sympathetic fashion which blend in well with the car’s distinctive sea green and cream livery.

It is perhaps surprising that such a slogan has adorned one of the Birkenhead fleet rather than wording to celebrate the tramway’s 20th anniversary this year, but the new boards nonetheless provide some additional interest and have given this unique tram a slightly different appearance at minimal effort. 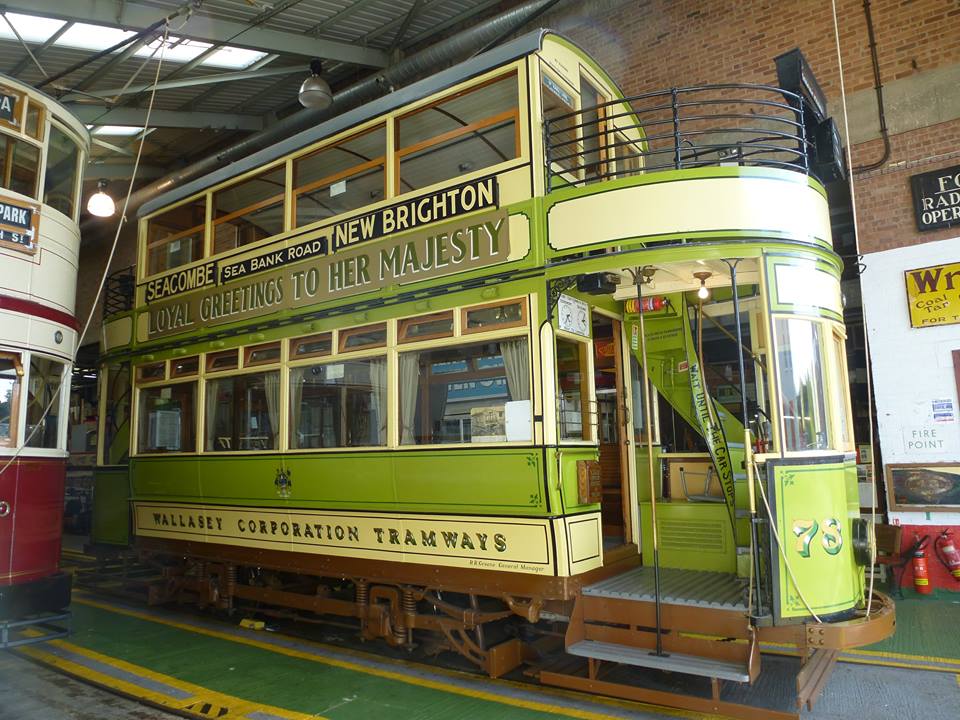 Wallasey 78 at the front of Taylor Street depot just after its new royal slogans had been added on 12th September. (Photo by Andrew Hunt)