On Tuesday 14th July, Stockport 5 was transferred from the original Middleton Road depot on the Heaton Park Tramway, to the new depot near to the boating lake. The car has been undergoing some remedial bodywork attention following the discovery of rot but this work has stalled so that efforts can be focussed on completing Hull 96 meaning that 5 is unlikely to run this year.

A large shunting operation took place on July 14th to enable Stockport 5 to be accommodated in the Lakeside Depot. The reason for its move is to free up space in the old tram depot and workshop so that Blackpool 680 can move in next month to be repainted ahead of its trip to Blackpool later this summer. This job will be undertaken by a contractor after the weekend of 8th & 9th August which will act as the car’s farewell in its current all-cream livery as 280. This tram has not seen all that much use since its high profile launch at the park in April, and it is hoped that it will be used and appreciated more in Blackpool for the duration of its visit than it has been so far at Manchester.

In preparation for its move, 5 has been covered with sheeting to protect its partly dismantled open top deck from the attentions of the infamous depot pigeons! As it is currently unable to move under its own power the tram had to be towed all the way to Lakeside with Blackpool Vanguard 619 providing the motive power. As is often the case at Heaton Park, volunteers who were involved in shunting the various trams into position took full advantage of the numerous photo opportunities this presented and a few of the highlights from the day are shown below. 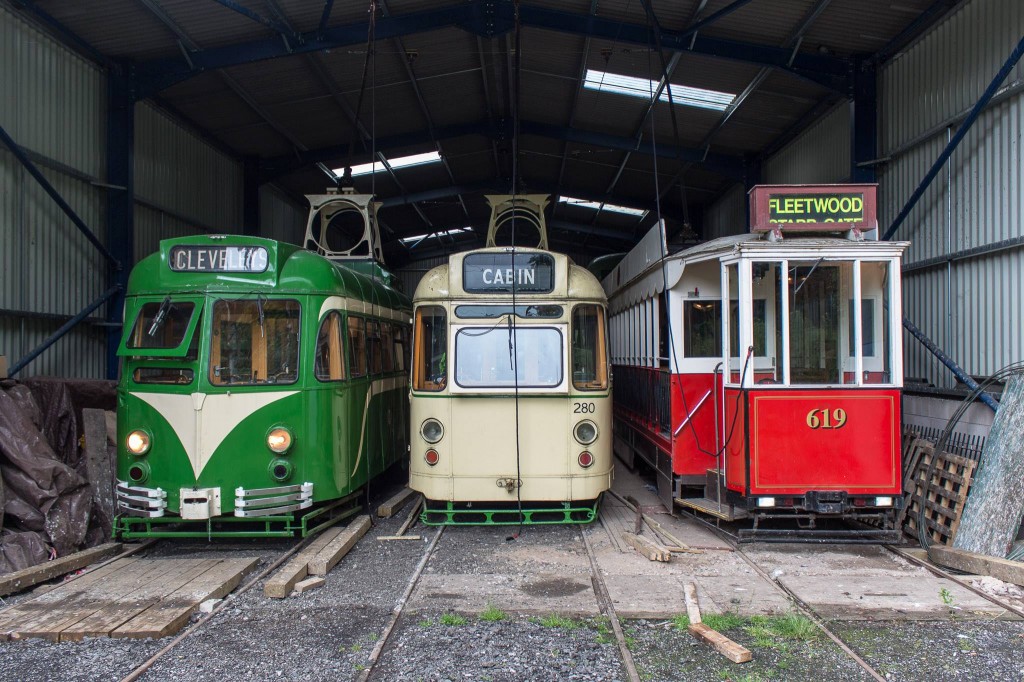 An all Blackpool single deck line-up with Brush car 623, Ex-Towing car 680 and Vanguard 619 at the front of Lakeside Depot. 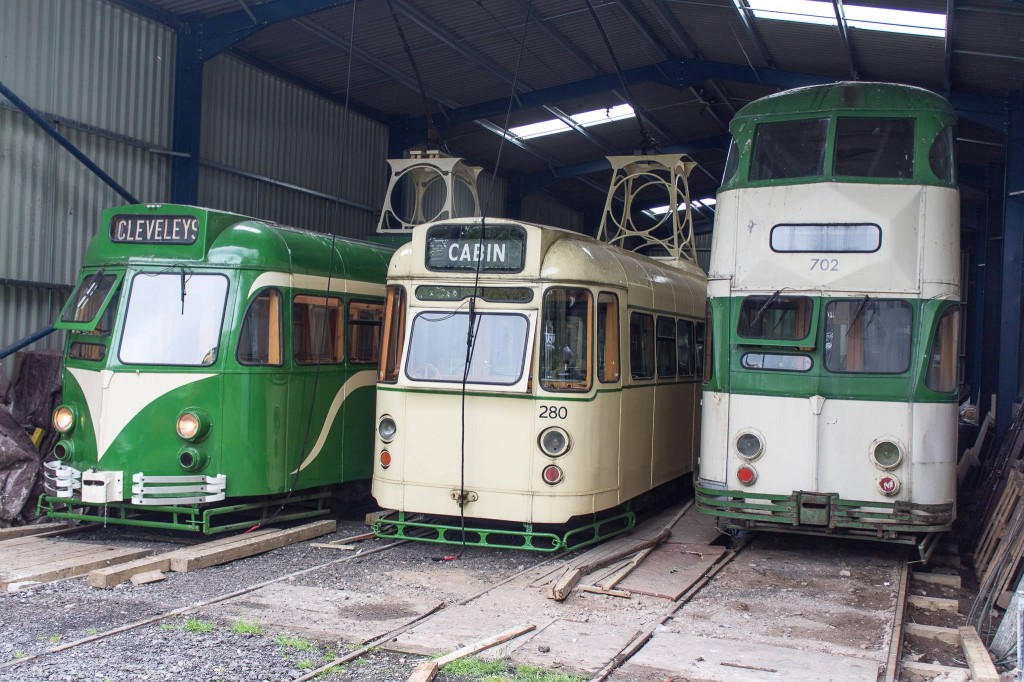 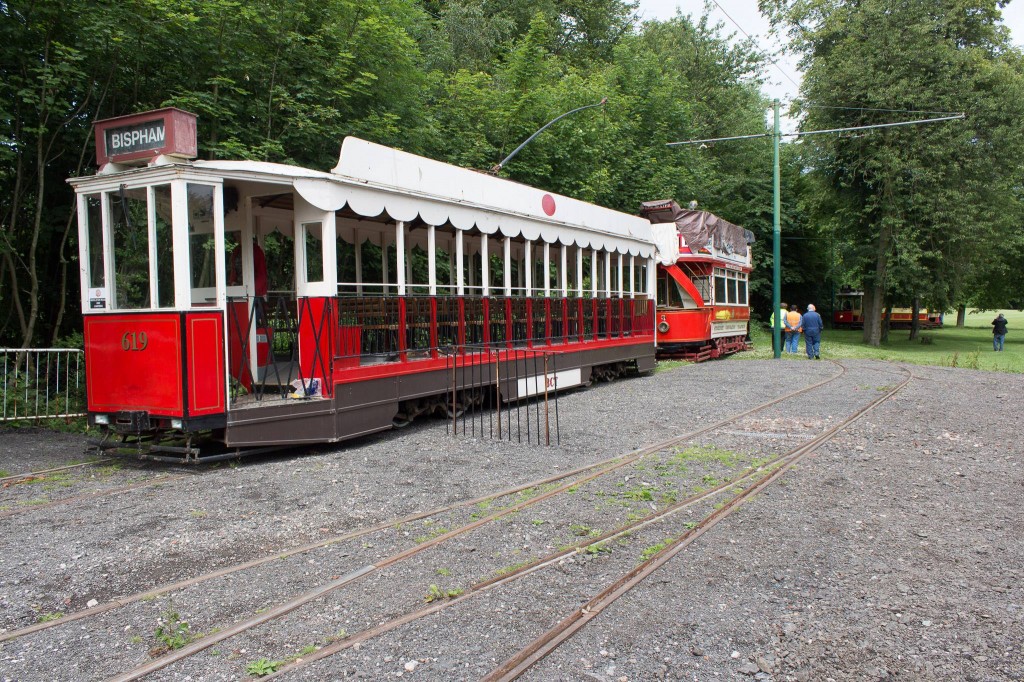 619 had been dispatched to Middleton Road depot and later returned with Stockport 5 in tow. (Photos x 3 by Joe Savage)