Posted on Wednesday 3 June 2015 by Gareth Prior

After a break of several weeks of new trams entering service Wednesday 3rd June saw the latest Urbos 3 enter service on Midland Metro with 30 operating its first passenger carrying duties. 30 had been undergoing extensive testing and commissioning over the past few weeks and with this now completed the tram was accepted by Midland Metro for use on the line between Birmingham Snow Hill and Wolverhampton St George’s.

30 arrived at Wednesbury Depot on 22nd September 2014 but did not start its major commissioning programme until earlier this year with a large backlog of the CAF built trams to go through this process.

Another Urbos 3 likely to enter service soon is 33 which has been seen regularly on the line under test and is believed to be approaching the end of the commissioning period. Meanwhile 35 has been regularly seen out on the mainline under test whilst 36 is only understood to have run one test run on 8th May 2015. 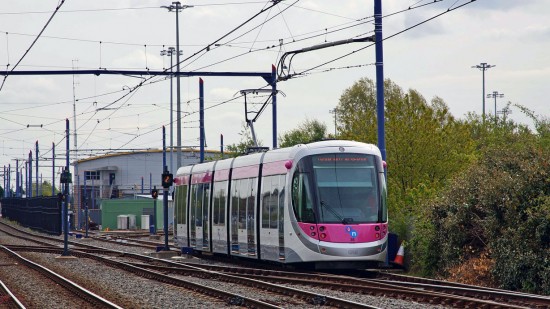 36 made its only mainline run on 8th May and is seen here at Wednesbury Parkway. 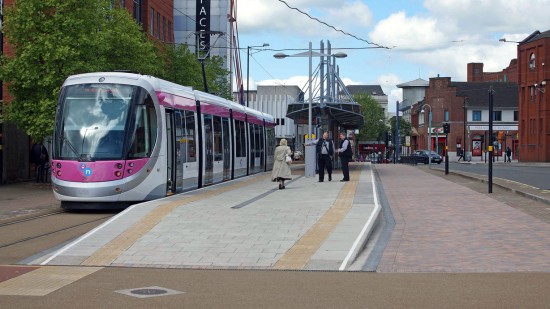 The latest Urbos 3 to make its passenger debut is 30 and the tram is caught here at Wolverhampton St George's on 3rd June, its first day of running. 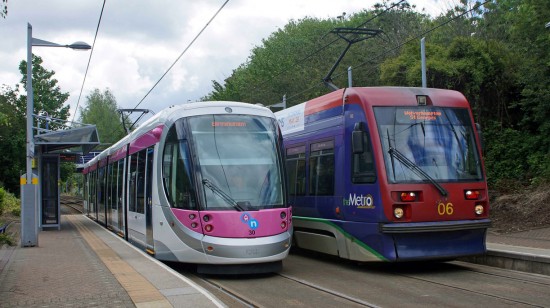 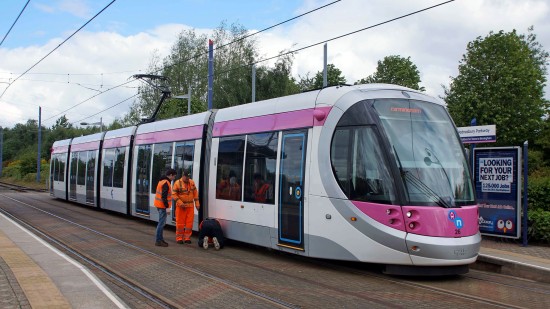 On 3rd June 26 was suffering from a few issues requiring the attention of fitters from CAF. 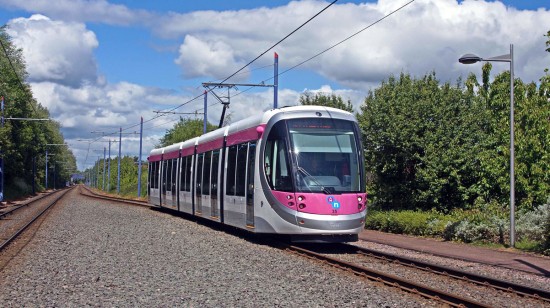 35 is now undergoing intensive testing and was also out on the mainline on 3rd June. (All Photographs by Andy Walters)

1 Response to Another Urbos 3 enters service on Midland Metro