The last week of April has seen a further two Urbos 3 trams enter service on Midland Metro bringing the total number of this class of tram available for service to 13. The latest two trams to enter service have been 28 and 29 with the former being seen for the first time on Tuesday 28th April and 29 on Wednesday 29th April. The continued improvement in reliability of the CAF built trams does of course have a knock on effect for the outgoing T69s with only four now available for service and only used sparingly.

28 and 29 have undergone extensive testing since arriving in the UK on 14th July 2014 and 29th July respectively and with this having been concluded successfully they were cleared to enter service. In a major coincidence it was good to see that 28 was first used in service on Tuesday 28th April and 29 on Wednesday 29th April!

The very first of the Urbos 3s to arrive in Birmingham – 17 – has recently moved from its long term resting place in the depot yard and is believed to have been transferred into the workshops where it is hoped it is being prepared for service. Testing and driver training is also continuing on 30, 32 and 33 with the protective covering removed from the seats and floors suggesting it may not be too long before they too are cleared for service.

All this means that the T69s are starting to see less use although there are normally some in service each day. Of the once 16 strong fleet only 06, 08, 10 and 16 remain in working order with 04 having recently been fitted with large plastic containers and exterior nozzles to enable it to be used as a weed killing tram. It has been seen in this state undergoing some testing within the depot confines but it is not know whether this will be a permanent role for the tram or not. Trams 03, 05, 09, 11 and 12 remain stored at Wednesbury Depot but are not available for service at the moment.

If you want to enjoy a ride on a Midland Metro T69 again you are advised to make your way to Birmingham soon as with the number of Urbos 3s now available for service it surely can’t be long before we have to say goodbye to the Italian built trams. 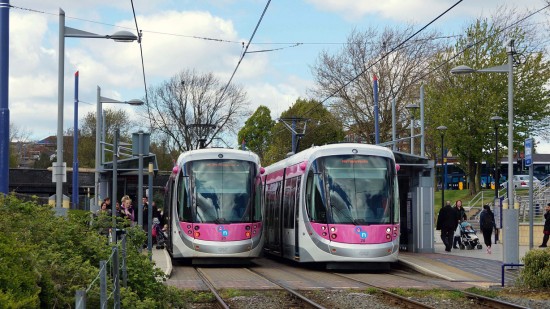 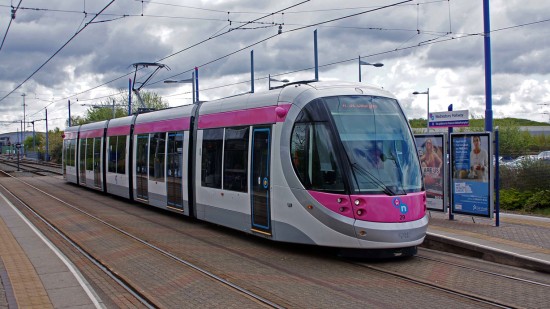 29 at Wednesbury Parkway on 30th April - the second day this particular tram had been in service. 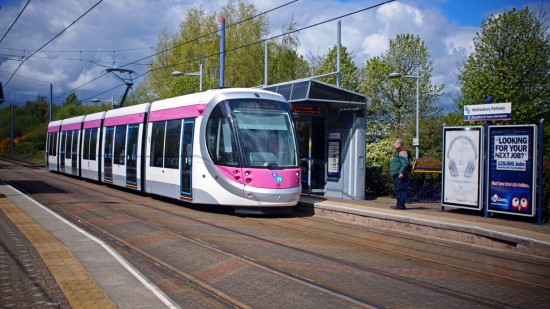 The highest numbered tram currently under extensive testing is 33. We see the tram at Wednesbury Parkway on 30th April 2015.

One of only four T69s to remain available for passenger service is 16. The tram is seen here approaching St Paul's with Birmingham Snow Hill station in the background. (All Photographs by Andy Walters)