Despite being closed to paying customers since early November, there is still plenty going on at Crich Tramway Village this winter. The major project has been the renewal of the interlaced track passing beneath the Bowes Lyon Bridge, which is now largely complete. This has included some much-needed drainage works, as well as cleaning of the stone setts before they are restored in situ. However, many other jobs are being carried out around the museum site, involving both vehicles and buildings.

Inside the workshop, the careful dismantling of London County Council 1‘s interior is now underway whilst the other London tramcar which has been a long-term resident, London County Council 106, is finally nearing the end of a heavy overhaul which was started in 2013. Earlier this week the tram was released from the works, giving the first opportunity for its fresh paintwork to be admired in the glorious winter sunshine. As this car is not expected to be re-launched into service until June, this should allow plenty of time for commissioning and testing. The return to service of 106 should provide a welcome boost to the available pool of open cars in the running fleet, following the recent withdrawals of both Blackpool & Fleetwood 2 and Southampton 45.

Other trams under attention include Chesterfield 7 which is receiving some general body work and weatherproofing attention ahead of its use as a First World War Recruitment car this summer, and Liverpool 869 which is currently awaiting the delivery of a set of replacement axles as part of a general overhaul.

Probably less interesting to readers of this website (although arguably more significant to many visitors to the museum) is a major revamp of the gift shop which will acquire a new name when it re-opens. A new floor has already been laid and the building will be redecorated with new shelves and installations being fitted. Some re-decorating work is also planned for Rita’s Tea Rooms and the Red Lion will also be the subject of some work in the weeks ahead.

Finally, a site has been cleared for the display of a lead smelter which is a new development being funded by various sources, with a walkway also being built to lead to the new display site. 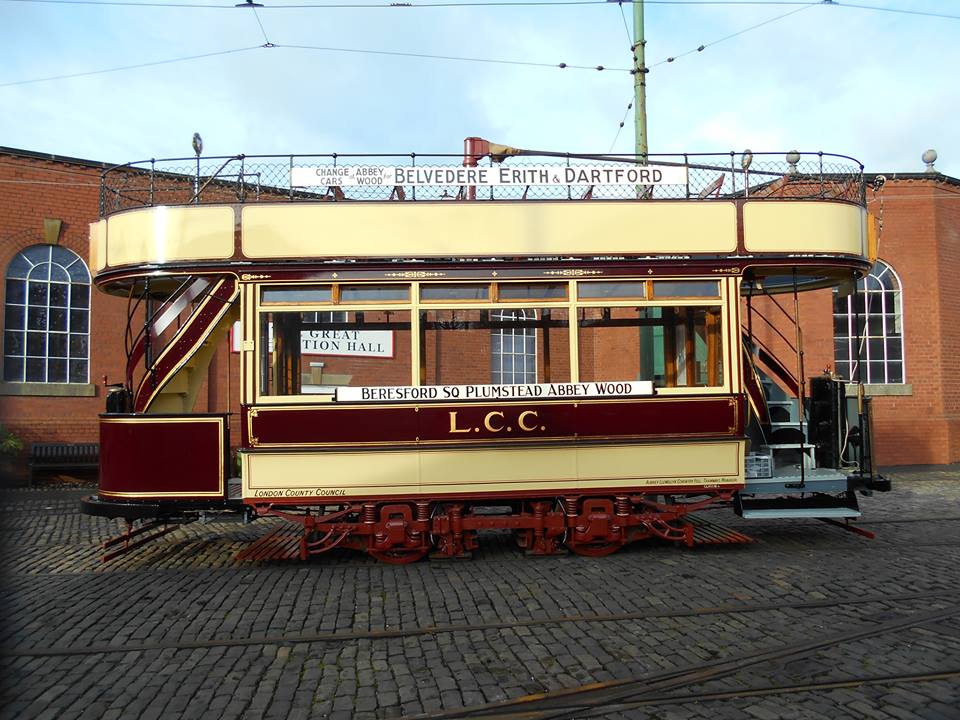 A stunning view of LCC 106 fresh from the Crich workshop following completion of a full repaint in its original ornate livery. (Photo courtesy of Crich Tramway Village)