In Photos: Midland Metro in the snow

The first fairly significant snowfall of this winter period fell on Midland Metro on Wednesday 14th January 2015 although it proved to only really be a fairly light dusting and was also mostly gone by lunchtime. Nevertheless Andy Walters was out with his camera to capture images of trams running in the snow – the first time that the Urbos 3s had operated in the white stuff. 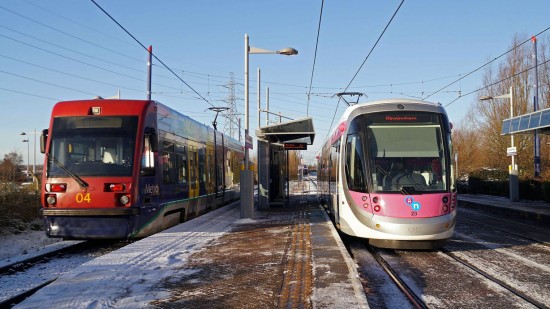 T69 04 and Urbos 3 23 start us off with this image taken at Wednesbury Parkway. 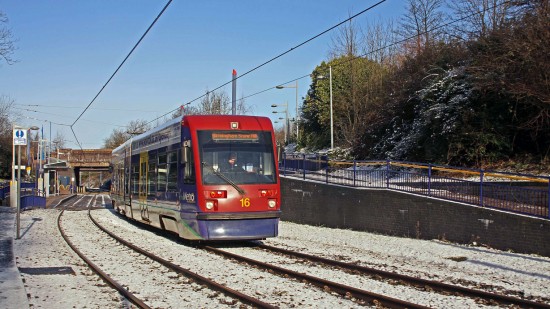 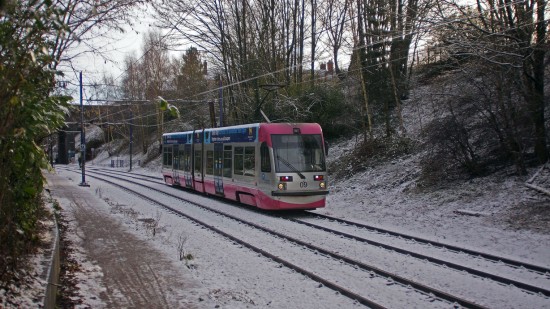 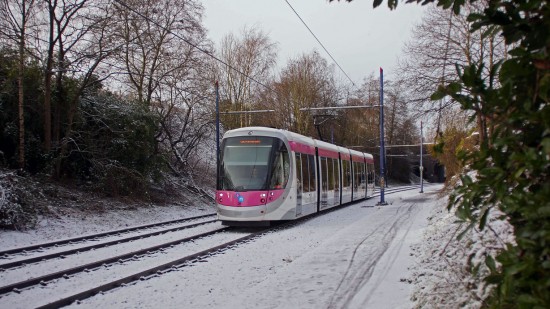 Urbos 3 26 operates in the snow for the first time. 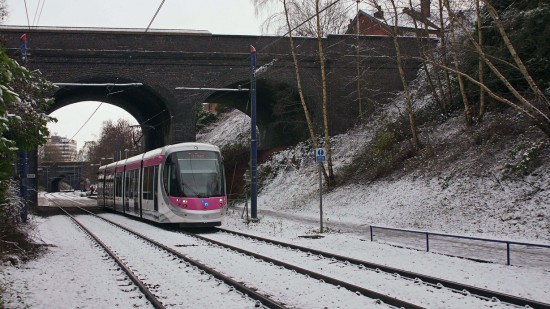 And we end with this image of 24 (All Photos: Andy Walters)