As reported previously on British Trams Online, Blackpool Twin set 272+T2 made an unusually early debut for the year on 4th January 2014, providing the first opportunity for its period-style black and white destination blinds (which had only been installed about ten minutes before it left the depot!) to be admired. We now have a few pictures from this tour, taken by Peter Watts, who generously produced these blinds which he then donated to the Blackpool Heritage Trust.

During the course of the day 272+T2 managed to undertake a full system tour whilst many of the different settings on its new destination blinds were displayed for the cameras. Since then the Twin car has kept busy on crew training duties, whilst Balloon 717 and even Coronation 304 have also seen some use recently in this role. Meanwhile, Peter Watts has already started work on his second set of Blackpool style tram destination blinds and these should be ready to be fitted to another member of the heritage fleet before Easter. In the meantime, thank you to Peter for providing these photographs and also for his efforts in further improving the appearance of Blackpool’s much loved vintage trams. 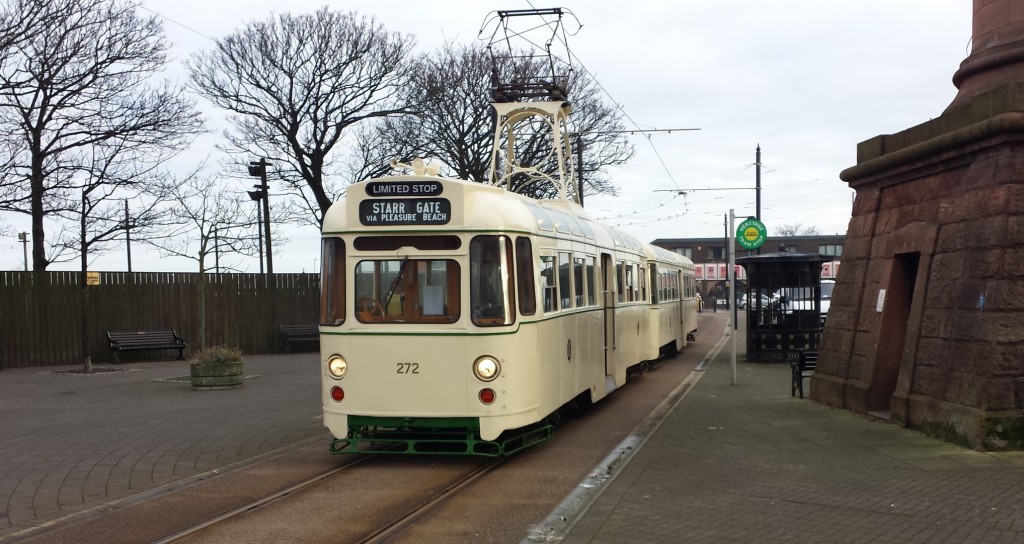 272+T2 pause on Pharos Street in Fleetwood, with its new destination blind set for the opposite end of the tramway during its mammoth tour of the system on 4th January. 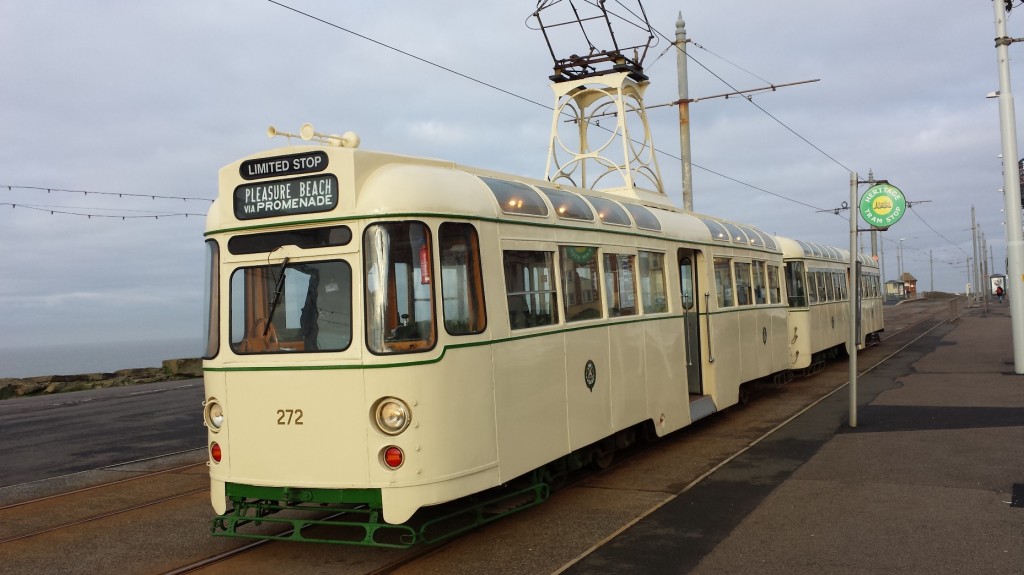 Another photo stop in the winter sunshine, and another destination setting is shown off at the Cabin. 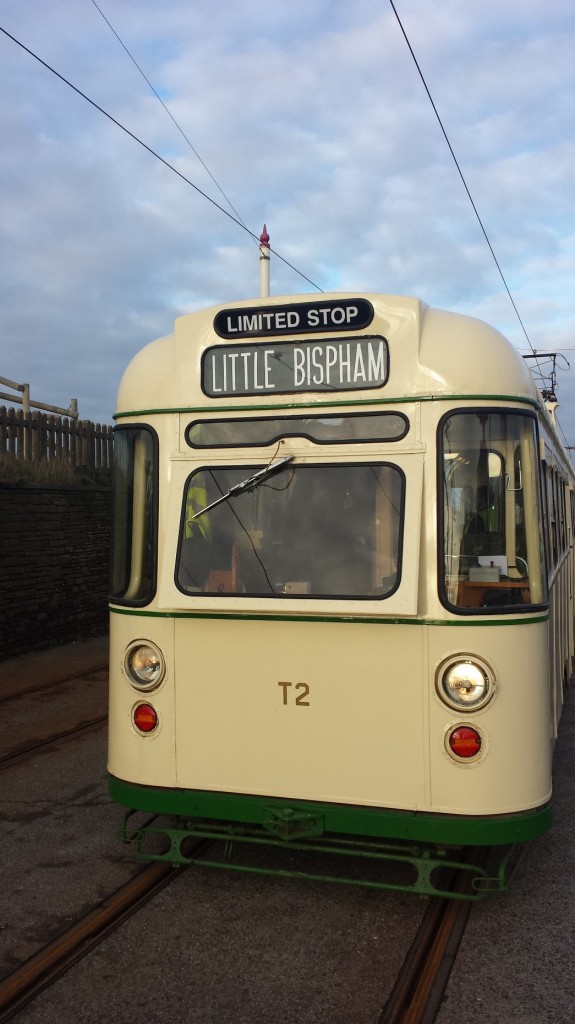 T2 is shown on the centre track at Bispham during a meal break. (All photos by Peter Watts)

2 Responses to In Pictures: Blackpool Twin set 272+T2 on tour