Another Midland Metro Urbos 3 arrives as a T69 is withdrawn

Posted on Tuesday 16 December 2014 by Gareth Prior

Tuesday 16th December saw the 17th CAF built Urbos 3 arrive on Midland Metro with the delivery of 33 to the depot at Wednesbury. The tram followed the same pattern of delivery as the previous 16 arriving on the back of two low loaders before it was unloaded and temporarily connected together. It has been a case of one in and one out though as T69 11 has become the latest of the fleet to be officially withdrawn from service and is now stored alongside 03 at the bottom of the depot yard.

33 will be the final LRV delivery of 2014 (not only for Midland Metro but across the UK) and the two lorries carrying the tram arrived at Wednesbury shortly after 0800. It was then swiftly unloaded and as mentioned above was temporarily connected together ahead of being moved into the workshops for full commissioning. It had to wait its turn to be moved though and shortly after 1400 it was still waiting to be moved.

The reason for the delay was that some shunting was required around the depot yard. This included the movement of T69 11 which has now been dumped alongside 03 (which has now been in the same position for a year having been moved in December 2013). 11 was last reported as running on 1st December and since then has been seen in and around the workshops with speculation that it was either being readied for a return to service or was being prepared for full withdrawal. Sadly the latter is now the case and we have now reached the halfway point of withdrawals as 11 is the eighth to have been taken out of service.

Another T69 to have made the news in the opening days of this week – and not for good reasons! – has been 08 which failed at Priestfield during the morning of Monday 15th December. It was reported that the brakes locked on the tram and it remained at Priestfield for several hours before being returned to depot. During this time it was not replaced and so the service ran minus one tram (despite spare trams being available in service).

On the positive side 09 returned to service on 15th December, its first use since 1st December. This means that 50% of the original T69 fleet remains available for service but the storm clouds continue to circle around these remaining vehicles and it looks as if the end can’t be too far off (but we still aren’t making any predictions on when that might be!) 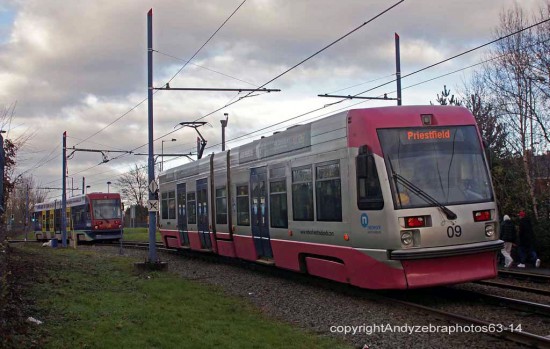 08 is seen behind 09 at Priestfield on 15th December following its failure. 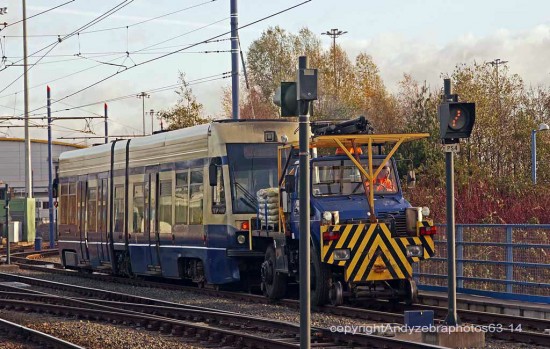 11 is shunted by the Unimog - is this the last time the tram will ever see the mainline of Midland Metro? 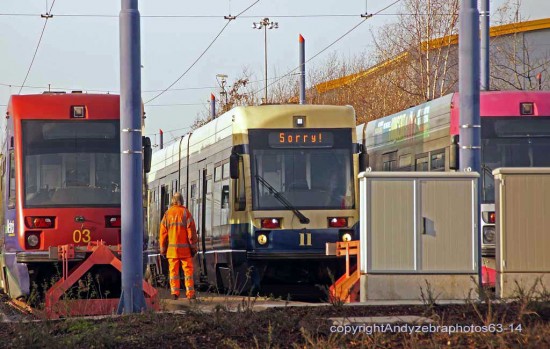 The destination screen says it all! 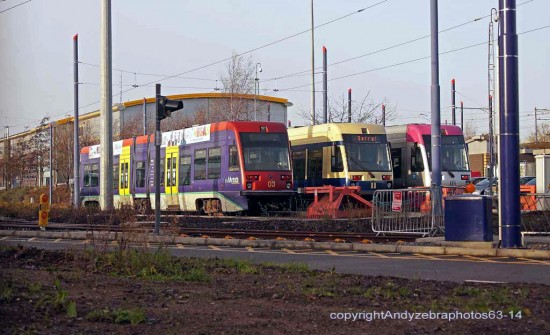 11 is the sandwich between fellow withdrawn tram 03 plus 05 which remains part of the operational fleet. 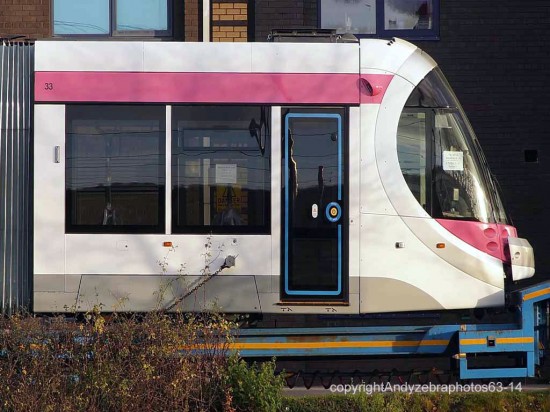 The newest arrival waits on the back of the low loader. (All Photos: Andy Walters)