Day two of the ‘Electric 50’ event on Sunday 14th September once again got off to a sunny start, although the temperature was somewhat cooler than the Saturday. The day began with the chance to show off the trio of visiting trams on site, with Blackpool & Fleetwood 40, Newcastle 114 and Blackpool 711 all being posed near the bandstand to greet early visitors. This had added significance as for the latter part of its working career, Box 40 had been known as Blackpool Corporation 114 and so at a push we could say that there were two 114s present, as well as one of those being one of the two 40s!

Over the years I have witnessed many excellent tram line-ups at the depot fan at Crich, but the one staged on the morning of Sunday 14th September was definitely one of my favourites to date. The theme for this photo opportunity was ‘Trams of the North East’, with Newcastle 114 once again taking centre stage. For the second consecutive day Newcastle 102 was displayed on the traverser, whilst Gateshead 5 (another Crich operating stalwart from the 1960s, lest we forget) also made a rare appearance in daylight and was sandwiched in-between the two Newcastle cars. That trio would have made for a pretty good display, but in a welcome move they were joined by Sheffield 74 and Metropolitan 331, which had ended their working lives in Gateshead and Sunderland respectively. Therefore, with the exception of what little remains of Sunderland 85 in the drastically rebuilt form of Leeds 600, all the members of the national collection which had ran in the north east pre-preservation were displayed together, making for a superb start to the day’s events. I was particularly pleased that 74 and 114 were side by side as the duo represent the open top and roofed versions of the early four-wheel short-canopied tramcar and I had been keen to photograph them together, so before the tram service had even begun, it was mission accomplished!

The day’s main line action started in similar fashion to the Saturday with a 15 car service in operation, including a few of the trams which had not run in passenger service on the previous day. The morning’s output – in no particular order – consisted of Blackpool & Fleetwood 2, Blackpool & Fleetwood 40, Southampton 45, Glasgow 1068, Chesterfield 7, Leeds 180, Leeds 345, Blackpool 236, Glasgow 812, Blackpool 167, Oporto 273, Sheffield 510, Blackpool 711, Blackpool 762 and Newcastle 114 which joined in with the fun once everyone had got the shots they wanted of the depot fan line-up. It was then time for some shunting in the depot yard ahead of the second procession of the weekend, with Gateshead 5 moving to the front of the Exhibition Hall, whilst Cardiff 131, Sheffield 330 and the Blackpool electric locomotive all spent some time in front of the workshop, creating an unplanned mini line-up of works vehicles. There was some disruption to the tram service early on in the day courtesy of 762, but unlike the previous day the issues with this car were soon resolved and after being driven by the Duty Engineer for a few trips it was given the all-clear and then operated successfully for the rest of the day.

Once again many of the service trams began to run in at lunchtime so that their crews could take a well deserved break before it was time to start setting up the second cavalcade of the weekend. Once again this was scheduled to feature 25 trams, but this time in an order representing how tramcar design developed from the introduction of electric trams in the UK. Some segments of this order could be seen as various trams were shuffled around the depot area, with a row of modern trams to be seen in front of the workshop whilst Balloon car 711 was stabled inside after coming out of service for a crew break. Unfortunately one minor setback occurred at around this time when Glasgow 812 suffered a problem with its bow collector; by the time this had been attended to, the car had lost its slot in the cavalcade. Rather than leave it out, the tram was simply slotted in close to the back which did give a very odd sight with the car coming after Blackpool 762 in an otherwise good attempt at a chronological order! Arguably it may have been better to let 812 sit out the cavalcade, however this would almost certainly resulted in more moaning – whatever you do someone will always complain and so I would say fair play for the decision made!

One extra surprise came in the form of works cars 131 and 330 which were seen leaving the depot yard as the cavalcade was in the latter stages of being formed; it had been decided to include them as a little surprise, their presence not being announced earlier as it was uncertain as to whether there would be enough manpower available to include them. Not only was this a very welcome surprise, but it also meant that Crich had set a new record by staging a 27-tram cavalcade, something I cannot see being beaten any time soon, and it was certainly a magnificent sight! 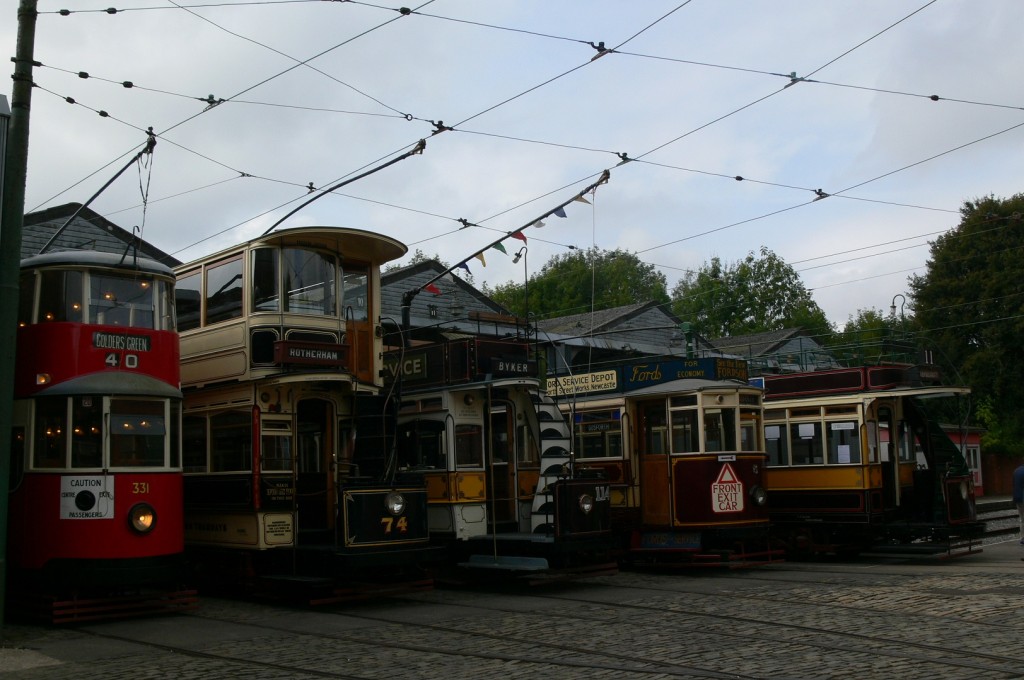 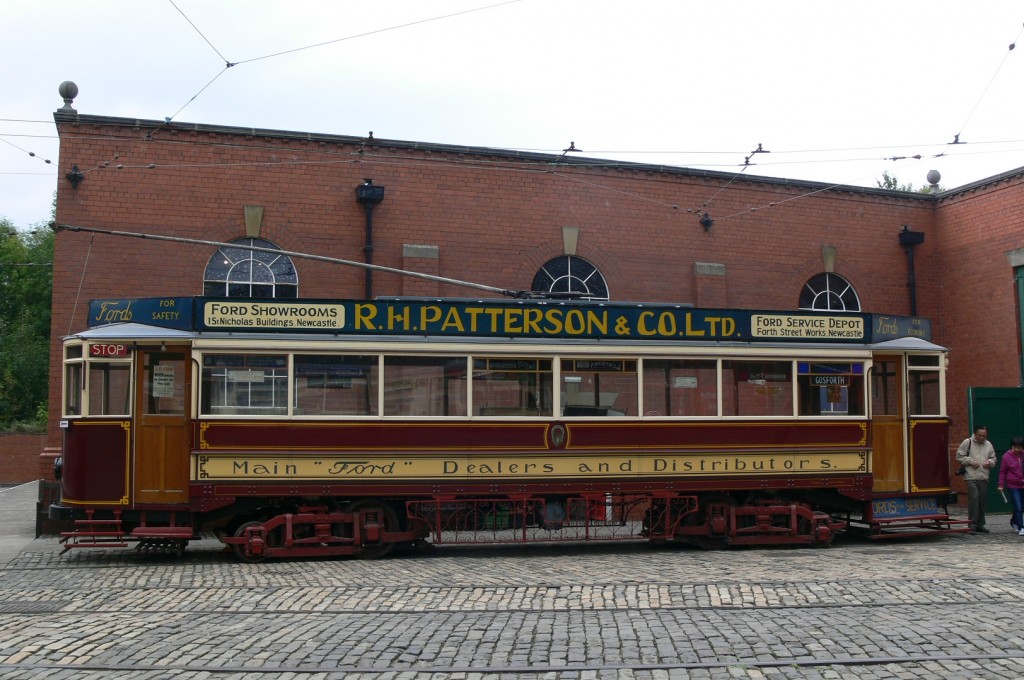 A side view of Gateshead 5 after it had been moved across the depot yard, emphasising the considerable length of this tram. (Photos by Andrew Waddington)