The fact that more than one steam tram trailer from the Scottish city of Dundee survives today when so few of this type of tramcar still exist is quite a remarkable fact, made all the more amazing by the fact that no electric trams from this operator managed to survive into preservation. Most readers will be familiar with Dundee 21 which is of course a static exhibit at the National Tramway Museum, but for this feature the spotlight is on Dundee 2.

Dundee 2 was constructed by the Milnes Company in Birkenhead during the late 19th century and after ending its service days when the Dundee tram system was electrified the body was sold on for re-use, as was the case with so many early tramcars. The car was later rescued but sustained severe fire damage whilst in storage; however the remaining portion of the lower saloon was eventually cosmetically restored by members of the Merseyside Tramway Preservation Society, and placed on display at the Woodside Ferry Terminal, owing to its local origins. After several years the local Council opted to replace this display with a deconstructed U-Boat and whilst the other tram in residence, Birkenhead horse car 7, was removed from public display, Dundee 2 was transferred to the Birkenhead tramway’s Taylor Street premises. Due to the rather cramped conditions there, a previous offer to buy the remains of the trailer car was reconsidered and 2 was later transported back home to Dundee.

The new owners of the tram then set about transforming it into a small coffee and sandwich bar in the city centre, placed on some tram tracks (despite the tram itself not actually having wheels!). After a lengthy process of gaining planning permission to go ahead with the project, the biggest hurdle turned out to be providing suitable electricity, water and sewage due to the static tram body; getting permission to go ahead from the Scottish Water & SSE took a further four years! The tram was then moved to Nottingham where it was modified to suit its new role at a cost of around £45,000. Original tram seating was re-used to create a suitable work area and the end platforms and dash panels were also recreated, whilst wooden boarding was added to disguise the roof line.

Now Dundee 2 trades as ‘The Auld Tram’ on Commercial Street, serving delicious food and drinks, whilst also being a novel attraction in its own right. Having first proposed the idea of creating a new food outlet using a historic item in the city way back in 2007, the tram was even nominated for a prestigious ‘Restaurant for Tourism Business of the Year 2013’ and has proved immensely popular.

Thanks go to Barrie Elder for assisting with the information for this article. More information on ‘The Auld Tram’ can be found on its official Facebook page: https://www.facebook.com/auldtram?fref=ts 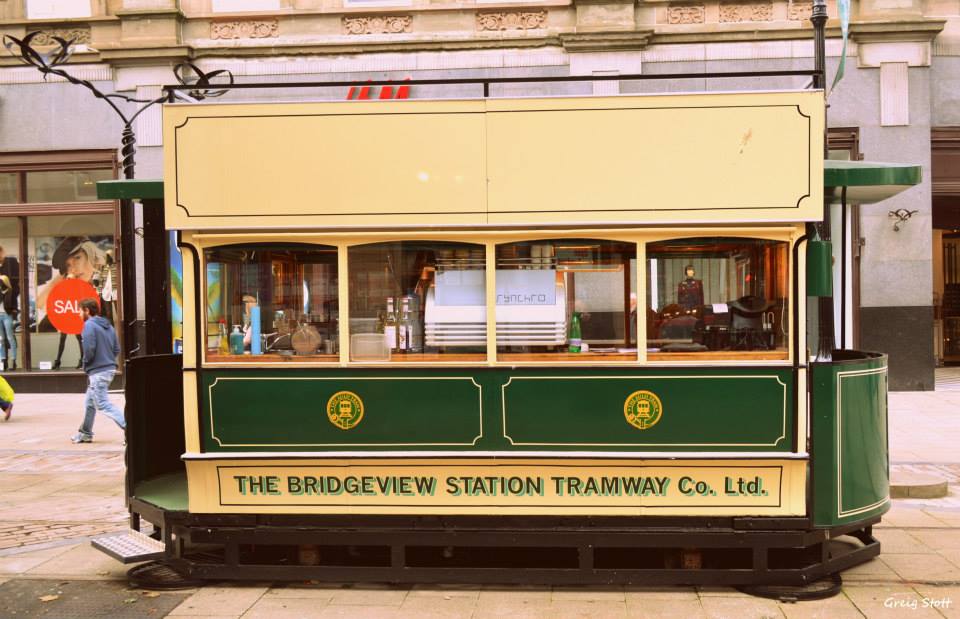 A side view of the restored Dundee 2 in its current location, showing the ornate lettering and attractive company logo on the side panels. The tram is painted in the authentic livery it would have carried when new. 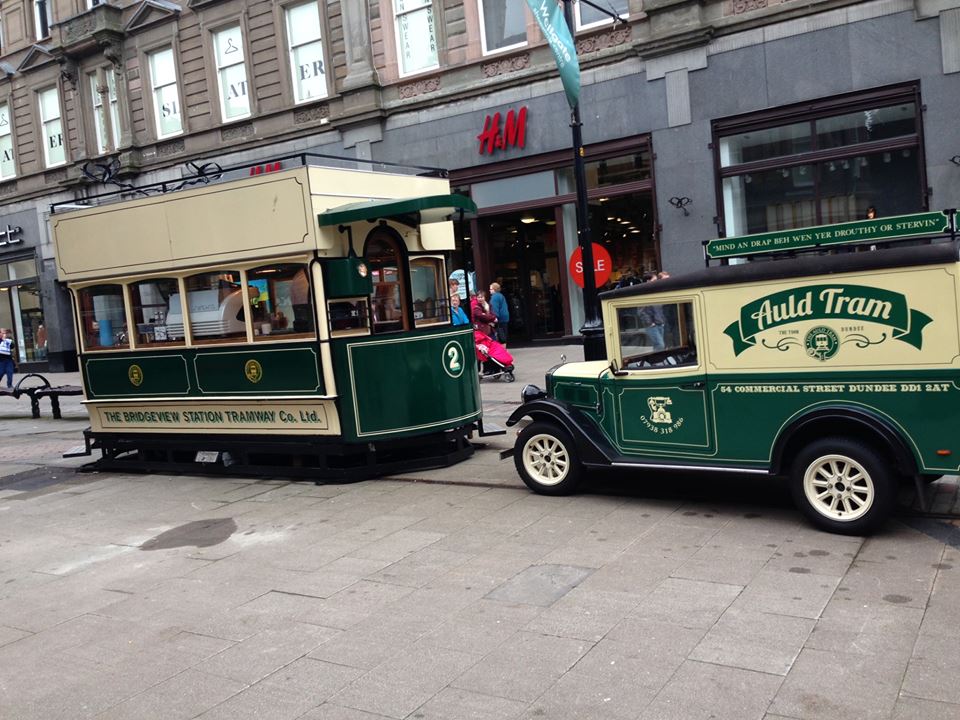 The restored dash panel can be seen in this view of the tram body, accompanied here by a promotional van also painted in Dundee's attractive dark green and cream livery. 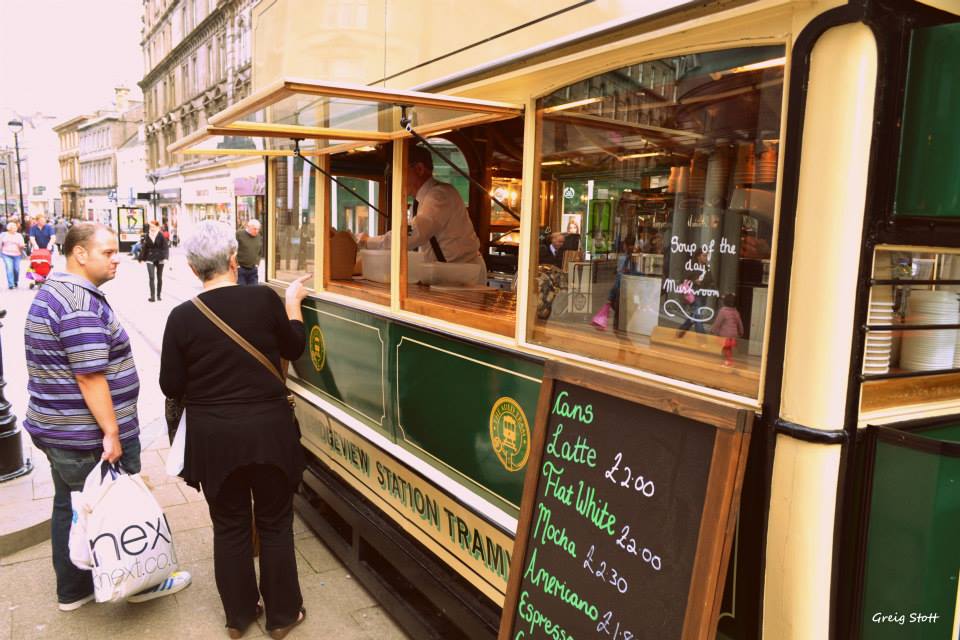 The saloon windows of the tram have been imaginatively used to create a serving hatch as demonstrated in this image. (All photos courtesy of the 'Auld Tram' Facebook page)