Crich Boat out on test

Posted on Saturday 19 May 2012 by Andrew Waddington

Wednesday 16th May was another exciting day at Crich Tramway Village, as the two latest restoration projects emerged from the workshop under power. London United Tramways 159 was taken out for another test run, but more exciting was the appearance of Blackpool ‘Boat’ 236 on the depot fan. This was the first time this tram had been shunted under its own power since its arrival at Crich last month.

A few finishing jobs are still required on 236 before it can be considered complete, most notably the fitting of handrails along the ends of the car, although fittings to enable these to be fixed in place have now been added. Fleet numerals are also still to be added, but hopefully this will be done before the launch of the car, which is expected to be held on Sunday 3rd June as part of the now annual ‘Beside the Seaside’ event held at Crich.

Following some repairs to slight damage on the trolley tower, 236 has now had its trolley arm refitted, complete with a swivel head which is certainly a blast from the past for this type of tram. A rope has also been added to the trolley for ease of operation, but this is likely to be a temporary addition as trams often carry trolley ropes during initial trial running.

As an aside, this of course wasn’t the first time that this tram had run at Crich – it carried passengers there in 1985 when it was known as 607. On that occasion it had come on loan as part of a deal which resulted in several TMS-owned cars operating in Blackpool for the tramway’s centenary year. Now 236 is permanently preserved as part of the national collection, and should become one of the museum’s most popular trams when it enters service in its new home.

Photos of the Boat car running at Crich can be viewed at: http://www.crichtramwayvillagenews.blogspot.co.uk/ 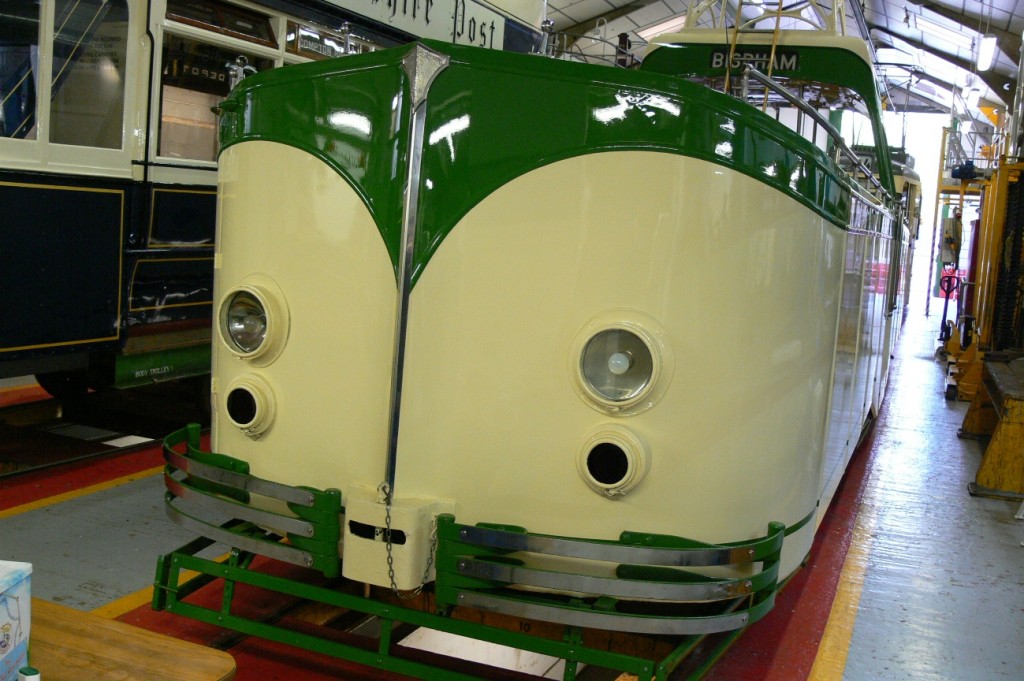 An extreme close-up of Blackpool 236 inside the Crich workshop a few days before undertaking its maiden voyage on its new system. (Photo by Tony Waddington)