In Pictures: Trampower tram in Preston

On Friday 11th April the Trampower tram was seen in the open again for the first time in many years when it was transported to Preston Docks for continued storage ahead of the planned development of a tramway in the city.

The Trampower tram hasn’t operated since it caught fire at the end of another day’s testing in Blackpool in 2007 and it has been undergoing a rebuild behind closed doors in the intervening years. The tram was transported in two parts and is now being stored in the open within the Preston Docks complex, still in two halves. Of interest is that although the tram has been rebuilt over the past seven years only one end has been treated with the other retaining the former profile and light clusters.

The tram also now carries a plain grey livery and has stickers on the destination blinds – one saying “Airport” and the other “Portsmouth”! If only the second one was true we might actually have some tram action in the south of England!

Huge thanks to David Lloyd for sending us in these photos. 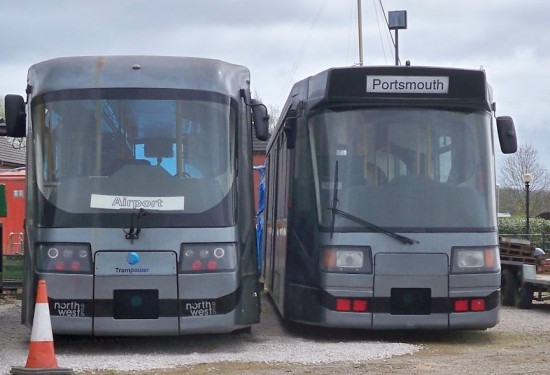 The two different styled ends are seen in this view as are the strange destinations! 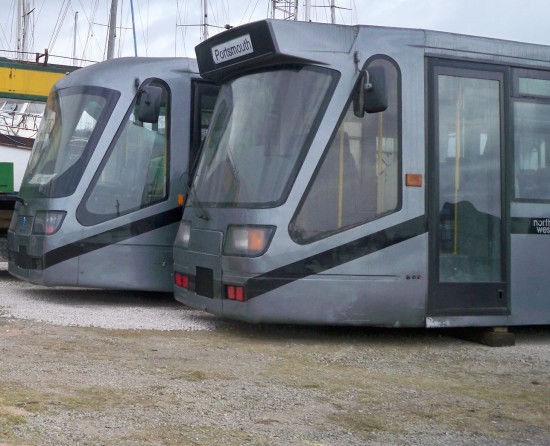 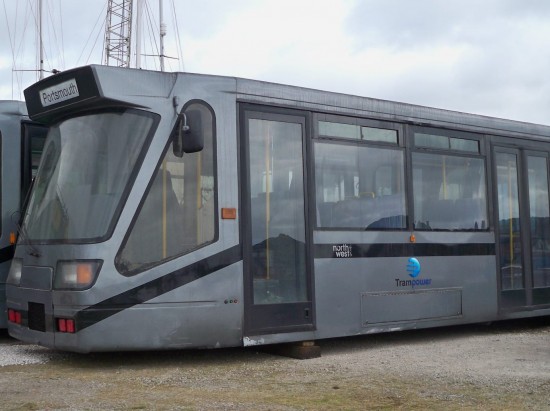 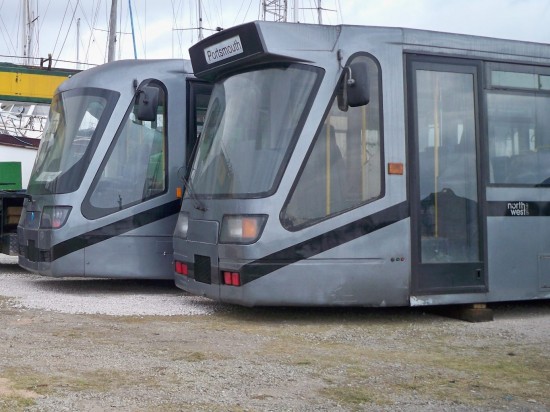 7 Responses to In Pictures: Trampower tram in Preston