A bright future for the Sunderland Balloon

The long-term future of Blackpool Balloon car 703 is now looking more secure than ever before, following the announcement that it has become the latest tram to be sold by the Lancastrian Transport Trust to a new owner. The tram has now been acquired by Beamish Museum, where it has operated frequently since 2011 in the guise of Sunderland 101.

703 was first repainted in Sunderland livery in 2010 to represent the long-lost English Electric streamliners, and dispatched to Beamish on an initial five-year loan from its then owners, the Lancastrian Transport Trust. The car was also renumbered, 101 being the next available fleet number in sequence after the last Sunderland streamliner. Soon after arrival it was discovered exactly why the tram had been withdrawn from service in its native Blackpool, with a number of issues requiring remedial attention before it was finally approved for service just over a year after it arrived on site. Since then, 101 has been an invaluable addition to the Beamish tram fleet with its large capacity being very welcome as the number of visitors to this popular attraction have grown considerably.

When the majority of the LTT’s trams were transferred to Blackpool Transport’s heritage collection, 101/703 was not required and so it was offered to Beamish instead. Following negotiations, the tram has now formerly joined their collection on a permanent basis. It is expected that it will now stay as Sunderland 101 for good, and retain its attractive red and cream livery to give it added relevance to the North East. It is well known that this tram is in a rather tired condition, and now that its future has been secured thoughts can turn towards a major renovation, which is expected to include the restoration of its original twin destination screens at each end – a common feature of such trams in both Sunderland and Blackpool. Another possibility is to carry out further work to make it more closely resemble a real Sunderland car, although this is likely to be some way off yet.

Although these ideas for the Balloon car’s future may not meet with universal approval, the most important factor is that the tram will survive, and can continue to serve the purpose for which it was originally built for many years to come. With so many other Balloons preserved both at various museums and in Blackpool, there is certainly a good argument for allowing 703 to represent something a little different, and perhaps we should consider this more of a second-hand purchase than preservation in the traditional sense. Meanwhile, the LTT are now left with just one tram in its care: fellow Balloon car 704, which is stored outside in a yard at Marton in a very poor condition, minus various useful components. Once its fate is decided, this will finally conclude the group’s involvement with Blackpool tram preservation; a remarkable turn of events for the one time custodians of the second largest collection of preserved Blackpool trams in the world.

Don’t forget that 101/703 is expected to be one of the star attractions at a special Blackpool-themed operating weekend at Beamish on 1st & 2nd March, when it will hopefully be in service alongside old friends Marton Box 31, Pantograph car 167 and Railcoach 280. 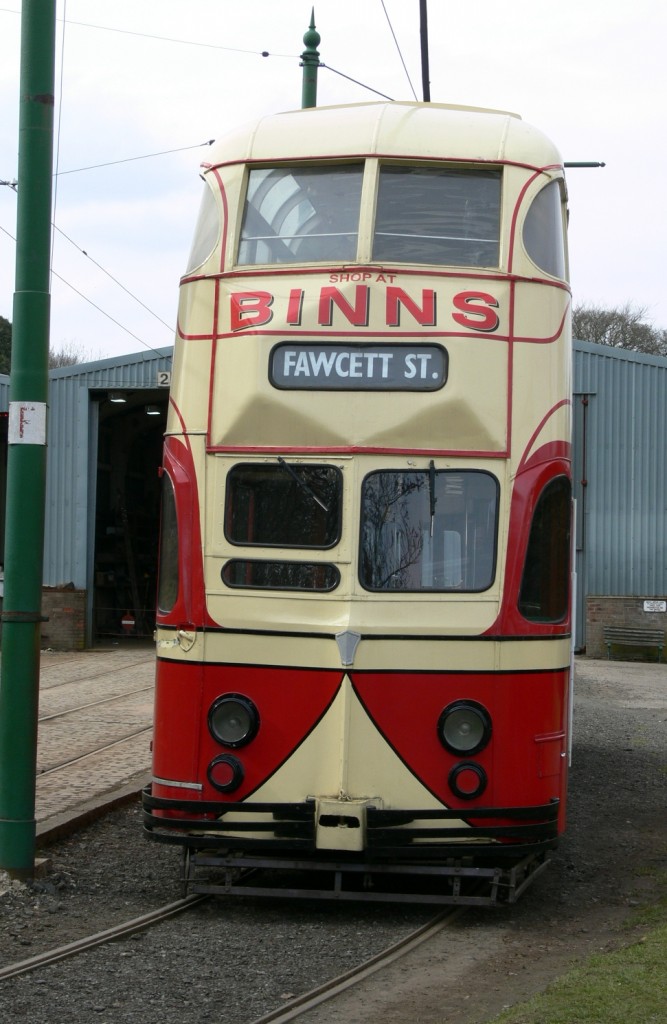 9 Responses to A bright future for the Sunderland Balloon