After arriving at Beamish Museum on Monday 27th January, Blackpool Pantograph car 167 didn’t have to wait long to make its debut on the tramway. Following some minor attention, the car was out on test around the site later the same day, with driver familiarisation taking place on Tuesday 28th January.

Once the tram had been unloaded and shunted inside the tram depot at Beamish, work commenced on preparing it for operation at its temporary new home. This didn’t take long at all as 167 had already received a commissioning exam at Crich, so the main jobs involved re-fitting its trolley arm and lifeguards, which was expertly carried out by workers from both Crich and Beamish. The car was then taken out for its maiden voyage around the Beamish tramway for clearance checks, and also to test its brakes on the notoriously steep Pockerley Bank. The tram passed all of these tests with flying colours, leaving Beamish crews very impressed indeed! Therefore the following day, representatives from the Crich workshop team were involved in further runs to familiarise the Beamish motormen with 167‘s controls, before the car was released for public service. The tram is now expected to be used at weekends during February and March, with additional use expected using the next school half-term holiday period, and in connection with the Great North Festival of Transport in the spring.

Incidentally, the first choice winter service tram at Beamish is currently Blackpool Railcoach 280, in order to make the best possible use of the car during its stay at the museum. This is supported by Oporto 196, with Sunderland 101/Blackpool 703 and the two open-toppers in the fleet used as demand and weather dictate! 280 is now sporting its original fleet number which has been applied above one headlamp at each end; not strictly an authentic position for its 1960s livery, but this will assist with its later transformation into the 1990s ‘green skirt’ livery after it moves to Heaton Park. There has been no shortage of attention to detail in other respects however, with the number ‘280‘ added internally above the cab doors at each end in place of the previous ‘680‘. 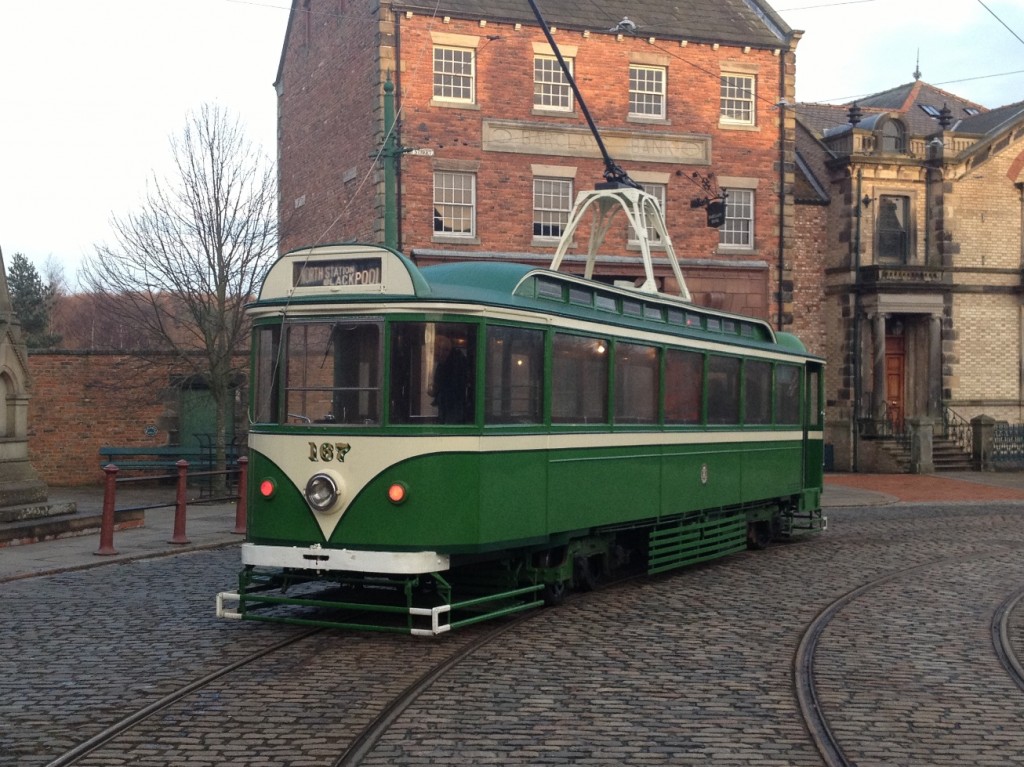 Blackpool 167 seen looking very at home in the Beamish Town on its first appearance at this location, on Monday 27th January. (Photo courtesy of Beamish Transport & Industry Blog)