Earlier this week we brought you a selection of images from Nottingham Express Transit as Citadis 222 became the seventh Alstom built tram to arrive at its new home. During the same photography session David Beardsell also took some more images of the fleet in action including 205 which has been fitted with a new corner panel – still in the old livery – as well as some other general sights around Wilkinson Street and the city centre. 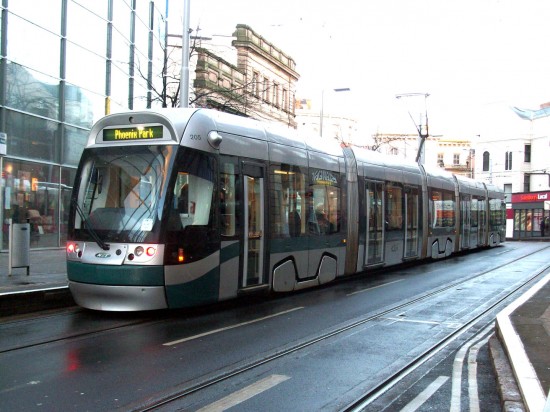 205 has been fitted with a new corner panel which remains in the old livery leading to this strange look for the tram. 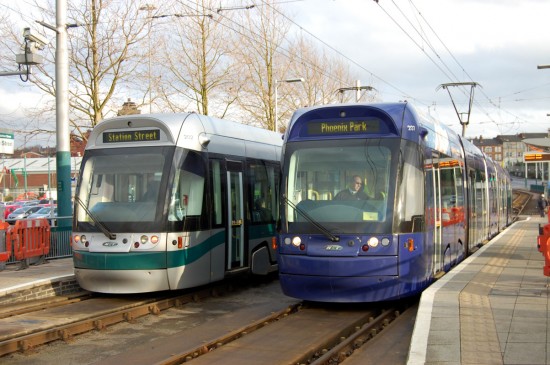 202 and 207 - still in the dark blue livery which we all thought was a temporary livery as the basis for an all over advert but which remains in this style - meet at Wilkinson Street. 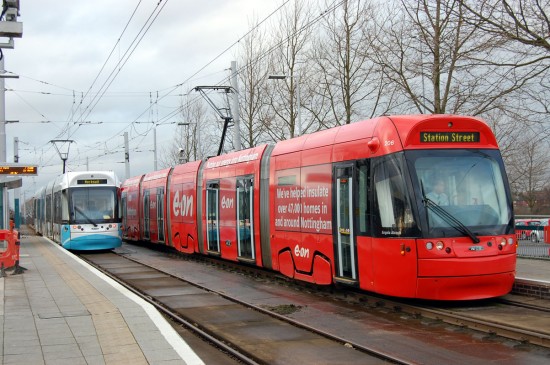 209 departs from Wilkinson Street as 206 prepares to do the same. (All photos: David Beardsell)