Blackpool & Fleetwood 40 – at home and away

The overhaul of Blackpool & Fleetwood ‘Box’ car 40 has now got underway, with the body of the tramcar being lifted on tram jacks in Blackpool Transport’s Body Shop, and the bogies being dispatched to Crich. The car will now be treated to its most extensive workshop attention in around three decades, in a joint project between Blackpool Transport Services Ltd. and the car’s owners, the Tramway Museum Society.

Despite a few uncertainties regarding the arrangement for funding of the work, the car body and trucks have now been seperated with the latter now in the Crich workshop where they will be refurbished. At first glance they appear to be in pretty good condition, despite having last been overhauled at Heaton Park in the early ‘eighties – a testament to the quality of work that was carried out all those years ago. Meanwhile, the tram will receive body work and electrical attention at Blackpool. It is hoped that 40 will be available for use on Blackpool Transport’s heritage tram service this summer season to celebrate its centenary year, before its much anticipated return to Crich to participate in the ‘Electric 50’ event during September. As ‘Box’ 40 only ran at Crich in 1964 and 1965 before being withdrawn and subsequently moving to Manchester and then to Blackpool, many people will have never had the chance to ride on this tram at Derbyshire before and of course, it will be its first time on the full mile-long tramway to Glory Mine.

Both BTS and the TMS deserve praise for ensuring that car 40 has a bright future, with its owners indicating that they are delighted to be supporting its continued operation on its native system for many years to come. Hopefully this will just be the first of many collaborative projects between these two organisations, which could certainly open up some very exciting possibilities for both lines in the years ahead. 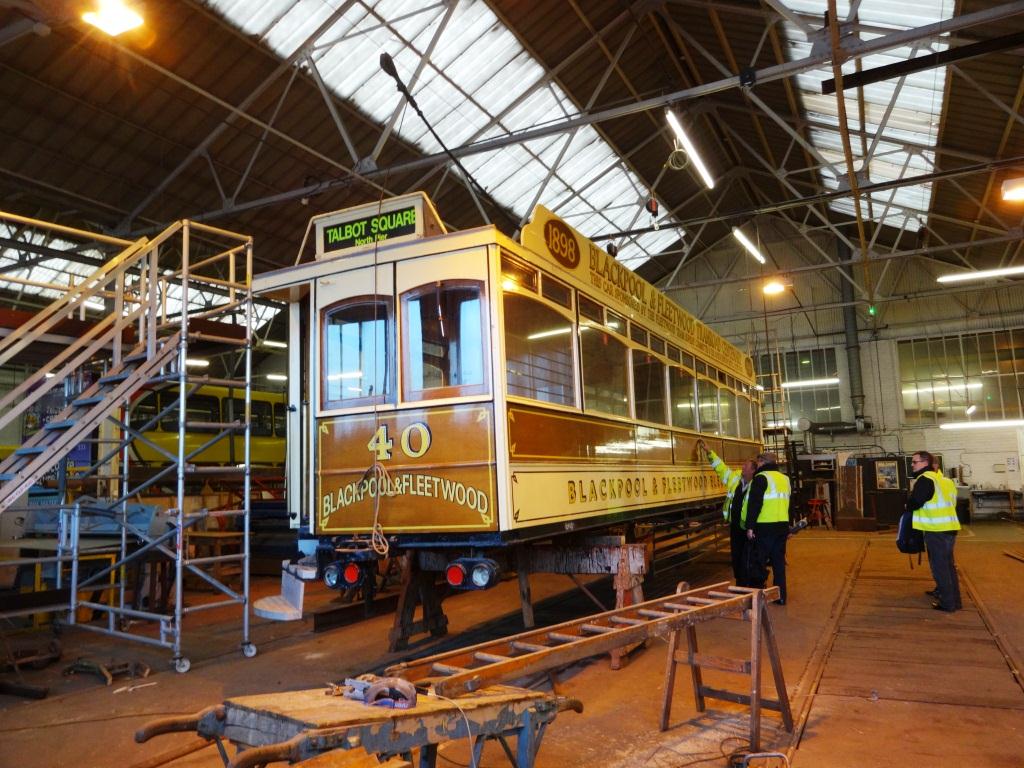 An unusual view of Box 40 in BTS' Body Shop minus bogies, whilst being inspected by visitors from the TMS workshop who will be heavily involved in its current overhaul. (Photo courtesy of the Tramway Museum Society)