In Pictures: More of Manchester 173

Following the welcome move of Manchester 173 to the Heaton Park Tramway on 17th December 2013, we are pleased to feature some more photos showing the tram being moved from its old home at the Greater Manchester Museum of Transport, Boyle Street, to the new Lakeside Depot at the tramway. These images show various stages of the move in progress on this exciting day for the Manchester Transport Museum Society.

Incidentally, since its arrival at the park, 173 has been covered over with protective sheeting. This is to protect the car’s paintwork whilst further work goes on inside the depot complex, which is still a bit of a building site at present! 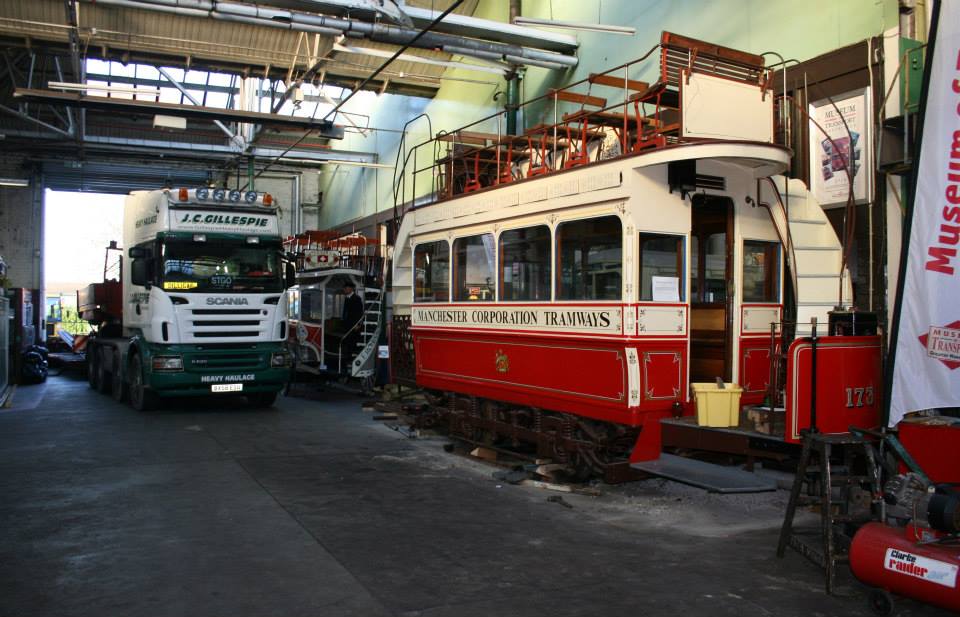 Our first image shows Manchester 173 in the familiar surroundings of the Boyle Street museum premises, as MTMS volunteers begin the complex task of moving it into a suitable position to allow it to be loaded onto the waiting lorry. 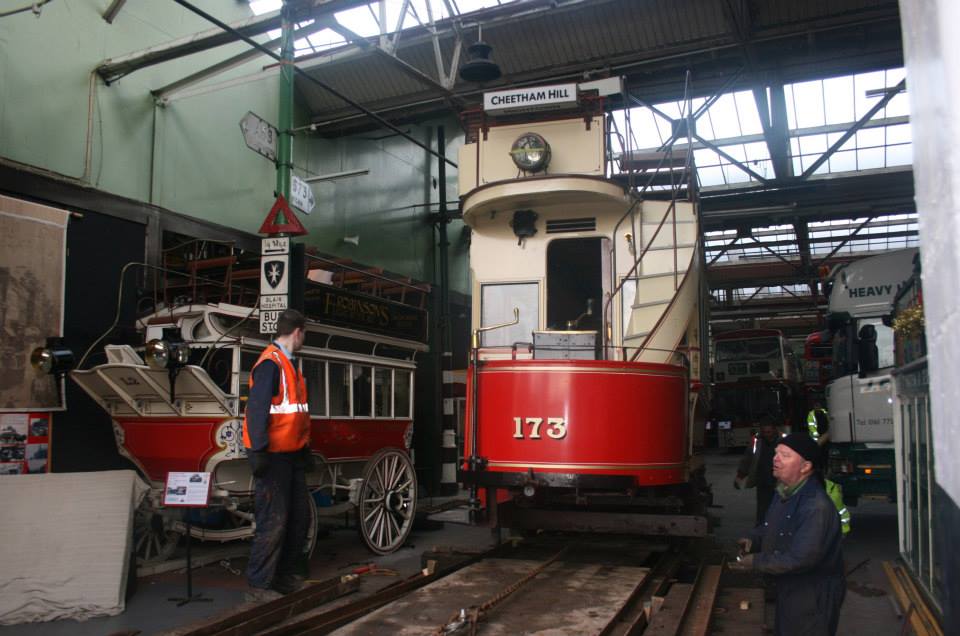 After being manoeuvered around various buses, 173 is hauled onto the low loader. Alongside is the museum's restored Manchester horse bus, a former stablemate of horse tramcar L53. 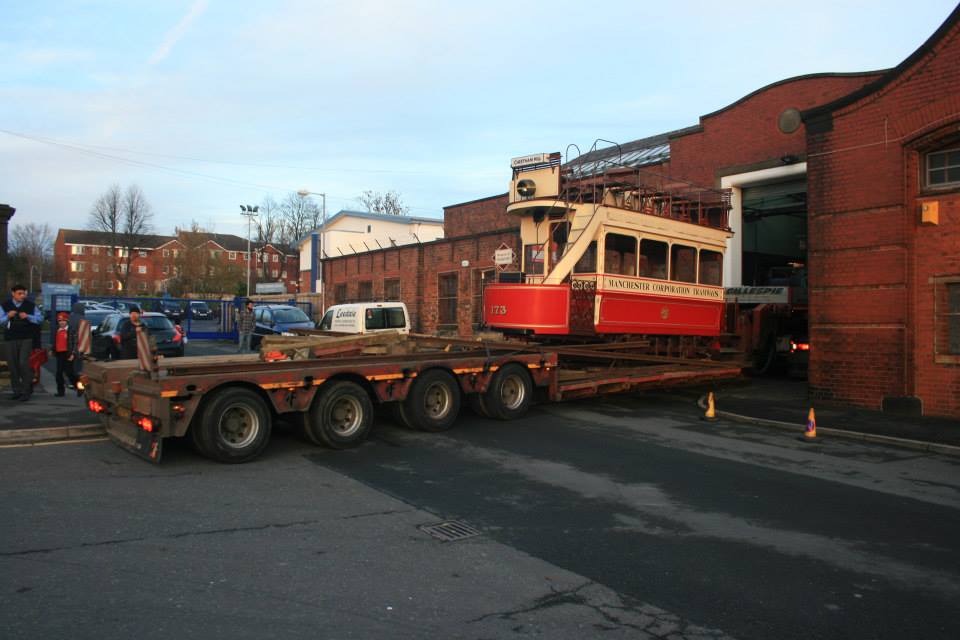 The great moment of 173's escape, as the tram is moved gingerly out of the building in which it has resided for around two decades into the fading sunlight. 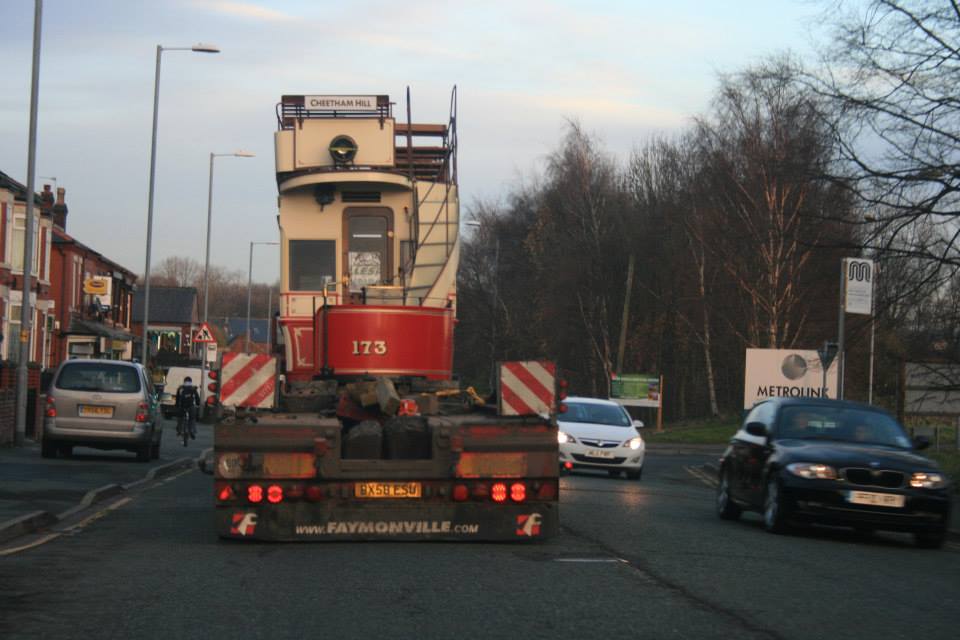 First and second generation tramways of Manchester meet in this unusual view of car 173 quite literally on the road, photographed from the accompanying vehicle behind its low loader. 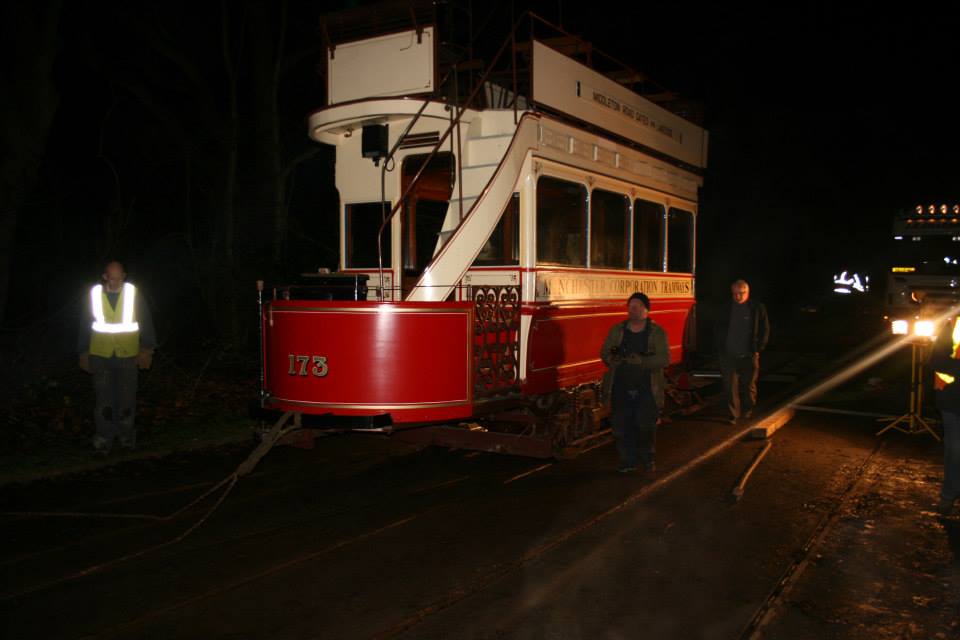 Another proud moment as 173 touches down on Heaton Park rails for the first time in preservation after being unloaded in darkness with assistance from the other resident open top tram, Stockport 5. (All photos courtesy of the Manchester Transport Museum Society)

4 Responses to In Pictures: More of Manchester 173