2013 ends with another T68 withdrawal

Posted on Wednesday 1 January 2014 by Gareth Prior

The last day of 2013 saw the withdrawal of the nineteenth Manchester Metrolink T68 with 1012 becoming the latest example to be taken out of service. The vehicle had last run on Boxing Day when it suffered with a compressor problem and the decision has now been made not to make repairs.

Its last day in service was on the Eccles service which normally remains the best place to see the remaining T68 and T68As in service on a daily (during the week anyway) basis, although with their numbers continuing to dwindle rapidly their appearances are few and far between.

1012 ‘s claim to fame is that it was the first LRV to carry passengers from Victoria to Bury on 6th April 1992 when Metrolink first opened between Bury and Victoria.

The end really is approaching for the T68s as we enter another year! 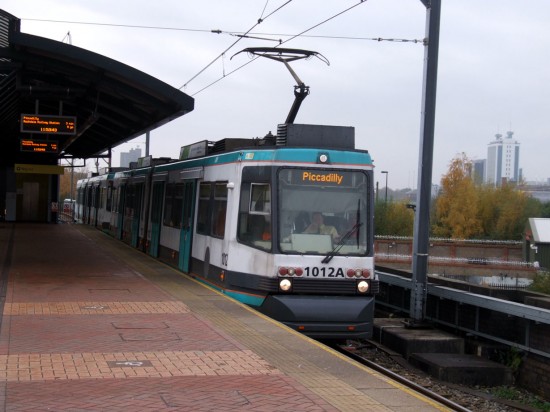