The site of Britain’s oldest surviving section of street tramway along Blundell Street and Princess Street in Blackpool has undergone further changes recently, following the removal of further overhead wires along this historic section of tramway. This is part of the ongoing regeneration of Foxhall Square, which has already seen the former Blundell Street depot site cleared to make way for new housing.

Earlier this year the changes commenced when the first wires connecting the track along Princess Street to the promenade line were taken down, whilst the rails along the promenade road itself also disappeared when the road resurfacing work was carried out. However, the latest development has been even more drastic, with the remaining overhead wires along virtually the entire section now removed. Princess Street is now completely devoid of any overhead wires for the first time in well over a century, whilst on Blundell Street, only a short length alongside the Fitting Shop remains in situ. This means that, if any trams are to be moved in or out of the Fitting Shop using the northern entrance doors, they will have to be shunted using either a unimog or Engineering car 754, in the absence of any means of power for an electric tram. Ironically, this returns the area to an appearance somewhat resembling 1885 when the line first appeared to serve Blackpool’s first tram depot, and conduit cars ruled the system.

In a remarkable twist of fate, the wires were actually removed on 29th September 2013 – exactly 123 years to the day after the tramway opened! It remains to be seen whether further work in the vicinity will see further track or overhead line disappear for good, but whilst appreciating the town’s motto ‘Progress’, it is to be hoped that at least a short section of rail can be retained for historic reasons. Although the rails themselves are not original, they follow the same configuration as the original route between Blundell Street depot and the sea front, and it would be a great shame if this link to the town’s past was to be completely discarded in favour of a new housing development. 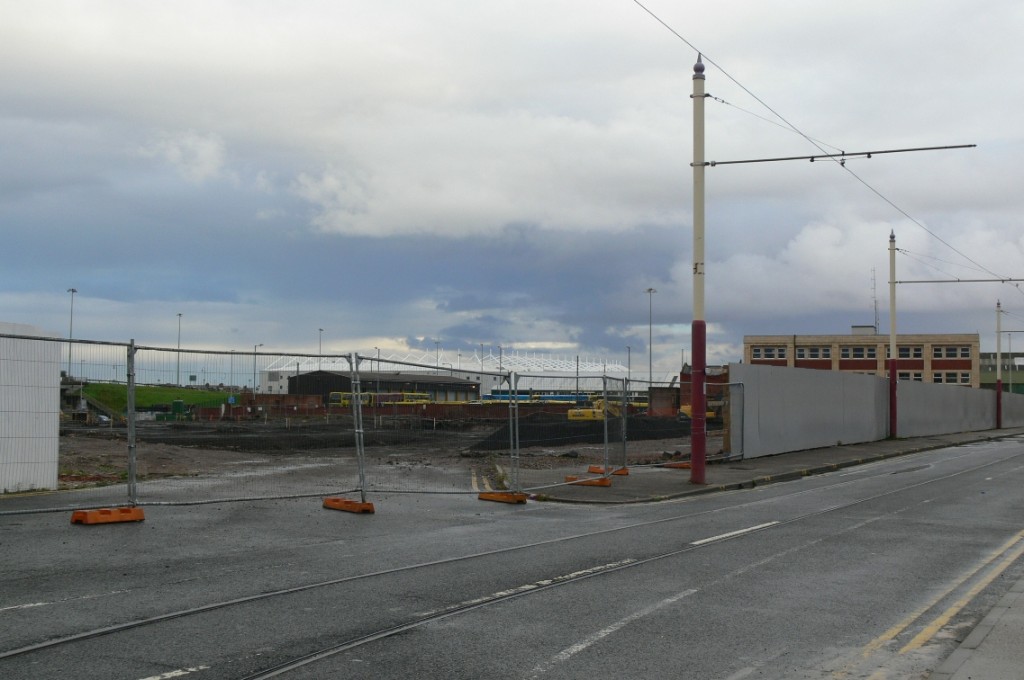