In Pictures: A new look for an old Midland Metro T69

Posted on Saturday 25 June 2022 by Gareth Prior

Long Marston has long been the home for the remaining redundant Midland Metro T69s but since they arrived between 2014 and 2019 they have done little except sit there waiting for a new use to be found for them. Until now that is as one of the four trams there (but presumably not preserved 11) has received a repaint into a special livery for the British Transport Police and was used for a demonstration during the recent Rail Live event.

Taking place on 22nd and 23rd June, Rail Live is organised by Rail Magazine at Long Marston and is an event for the rail industry to showcase new innovations.

This year one of the exhibitors were the British Transport Police and as part of their offering they had a demonstration using armed police officers. And the vehicles they used for this demonstration was one of the Midland Metro T69s!

Its not known whether this was 07, 10, 11 or 16 – all of which are stored at Long Marston – but presumably it isn’t 11 as this has been preserved for Birmingham Museum – as it had no visible markings on the exterior! But after many years of outside storage and its former livery having seen better days it would be fair to say whatever tram it is hasn’t looked this good for years! 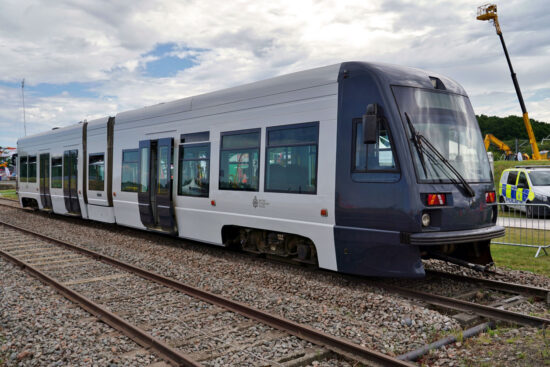 The simple purple and white livery is seen here with the British Transport Police logos added. It also appears that the saloon windows may have recently been replaced. 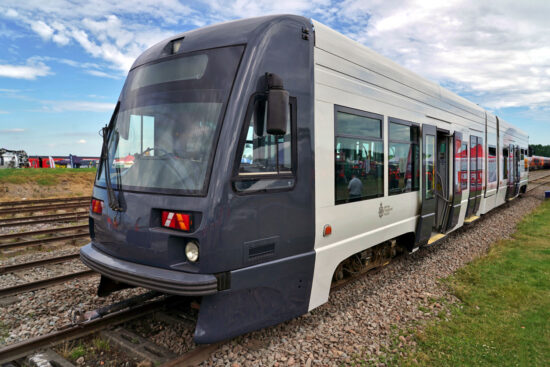 Another look at the tram. 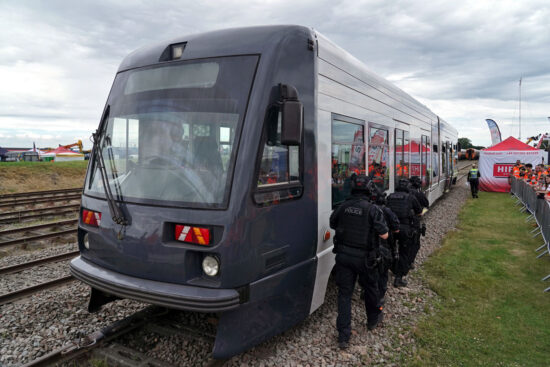 2 Responses to In Pictures: A new look for an old Midland Metro T69